The Swiss attorney general’s office said Sepp Blatter was suspected of criminal mismanagement or misappropriation over a TV rights deal and of a “disloyal payment” to European soccer chief Michel Platini.

Sepp Blatter, 79, was being questioned, and his office was searched, it added.

The world’s governing body said it was co-operating with the investigation.

Sepp Blatter has run FIFA since 1998 and has always denied any wrongdoing. 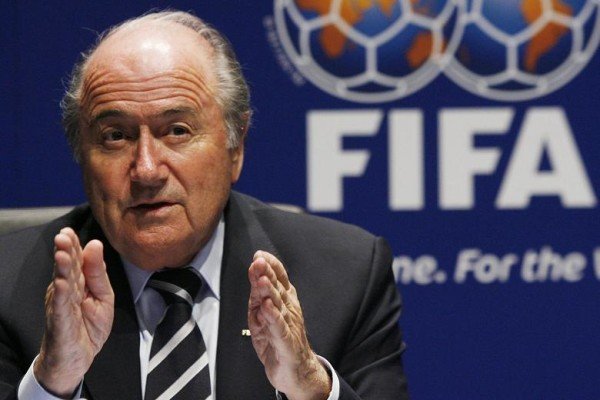 “Swiss criminal proceedings against the president of FIFA, Mr. Joseph Blatter, have been opened… on suspicion of criminal mismanagement… and – alternatively – misappropriation,” it said.

Sepp Blatter is also suspected of making a “disloyal payment” of two million Swiss francs ($2 million) in 2011 to Michel Platini, the head of the European soccer body UEFA, the statement said.

It said the payment was “at the expense of FIFA, which was allegedly made for work performed between January 1999 and June 2002”.

Sepp Blatter is due to step down in February and Michel Platini is widely expected to replace him.

In May, Swiss authorities arrested seven FIFA officials in Zurich at the request of the US. They face extradition.

The US then unveiled indictments against seven other people in their corruption case, nine of whom are high-ranking officials.

Among them was Jack Warner, president of the Caribbean football association CONCACAF and one of the most powerful men in world football. He is currently in Trinidad awaiting extradition to the US on charges of corruption.

The Swiss opened their own investigation into FIFA hours after the initial arrests.

FIFA owns the TV rights to the World Cup and sells them to regional federations which then sell them on to broadcasters.

Sepp Blatter’s lawyer, Richard Cullen, said he was confident the inquiry would clear Blatter of any wrongdoing regarding the contract with Jack Warner.

“We are confident that when the Swiss authorities have a chance to review the documents and the evidence, they will see that the contract was properly prepared and negotiated by the appropriate staff members of FIFA who were routinely responsible for such contracts, and certainly no mismanagement occurred,” he said.

Sepp Blatter won a fifth consecutive FIFA presidential election on May 29 but, following claims of corruption, announced his decision to step down on June 2. He is due to finish his term at a FIFA extraordinary congress on February 26.

FIFA canceled its news conference on September 25 only minutes before it was due to start.

Sepp Blatter would have been speaking in public for the first time since general secretary Jerome Valcke was suspended last week amid allegations regarding ticket sales at the 2014 World Cup.

Newspaper reports implicated Jerome Valcke, 54, in a scheme to sell tickets for above face value.

Jerome Valcke, who describes the allegations as “fabricated”, has been released from his duties pending an investigation.

FIFA also announced earlier that it had moved its next executive committee meeting from Tokyo to Zurich.

Correspondents say that, although Sepp Blatter has not been indicted, he might be more vulnerable to an extradition request outside of Switzerland.