Triads are transnational crime groups, often based in Hong Kong, Macau and Taiwan, but operating globally. 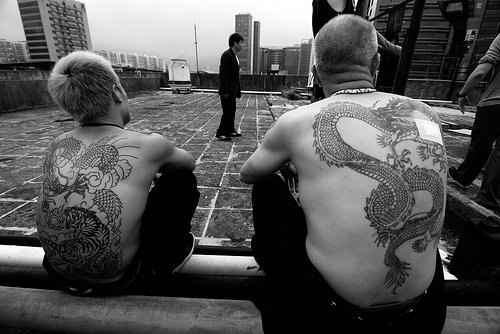 “The message we want to send out to the public is that police have zero tolerance for organized crimes and any other illegal activities,” Au Chin-chau, chief superintendent of Hong Kong police’s Organized Crime and Triad Bureau told journalists.

Illegal loans were also found to be a new source of income for the gangs, he said.

Reports said 4,343 people, 1,177 of them from mainland China, were arrested by police in Hong Kong, where more than 7,500 properties were searched.

In neighboring Guangdong province, more than 11,000 suspects were arrested.

In Macau, almost 4,000 people were picked up by police.

The crime-sweep, part of a regular operation codenamed Thunderbolt 15, was reportedly the longest joint operation of its kind, and a model for increasing cross-border police cooperation in the future, state media said.