Russia has reopened the 1918 murder case of Tsar Nicolas II and his family, the Romanovs.

The bones of Russia’s last tsar, Nicholas II, and his wife, reburied in a St Petersburg cathedral, will be re-examined.

Revolutionary Bolsheviks killed the Romanovs in a cellar in the Urals region.

The Investigative Committee, a state body, says new checks are needed in order to verify the remains of four other Romanov family members.

The Russian Orthodox Church requested the new investigation in July – despite the fact that the murder case had been closed in 1998.

Some church members remain unconvinced that the buried remains are those of Tsar Nicholas and Tsarina Alexandra. 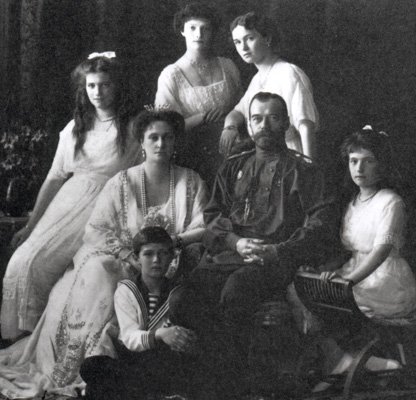 The Romanovs were ousted from power and exiled in 1917, shortly before the communist Bolsheviks overthrew the provisional government.

Tsar Nicholas, Tsarina Alexandra and three daughters were formally reburied at St Petersburg’s Peter and Paul Cathedral on July 17, 1998 – the 80th anniversary of the murder. They were canonized by the Russian Orthodox Church in 2000.

The new investigation is focusing on the remains of four Romanovs. They are: Tsarevich Alexei, Grand Duchess Maria – both kept at the Russian State Archive – Alexandra’s sister the Grand Duchess Elizabeth Fyodorovna, and Nicholas’s grandfather, former Tsar Alexander II, who was assassinated in 1881.

Only now can investigators get access to Duchess Elizabeth’s remains, which are in Jerusalem.

Investigators want to examine spots of blood on the greatcoat of Alexander II. He was killed by a bomb thrown by a “People’s Will” revolutionary, and buried in his military uniform in the Peter and Paul Cathedral.

Documents from the so-called “White Guards Investigation” concerning the 1918 murder will also be studied. They came to light in the past four years.