China’s President Xi Jinping has sought to reassure US business leaders during a speech on his first visit to the US.

In a Seattle speech covering China’s economic reforms and cyber crime, Xi Jinping said foreign companies were welcome in his country, and that Beijing would not manipulate its currency to boost exports.

The Chinese president also denied Beijing engages in hacking but said China would co-operate with Washington on the issue.

Both issues have strained US-China relations in recent years.

Hacking and economic reforms are likely to come up when Xi Jinping meets President Barack Obama on September 25. 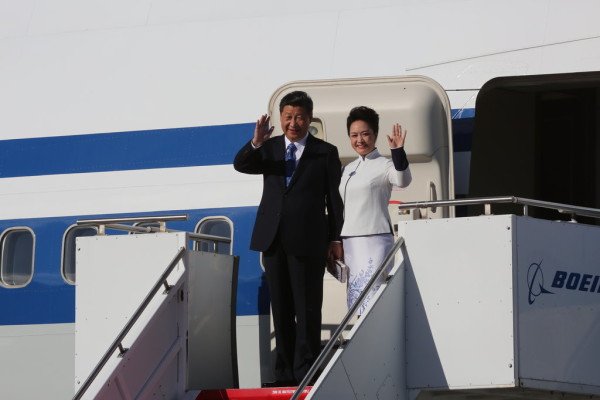 Xi Jinping, who is on his first state visit to the US, told a dinner meeting of business leaders that ensuring robust international trade was a top priority.

“China will never close its open door to the outside world,” Xi Jinping said.

In response to US allegations that China-linked hackers have been behind a massive data security breach of government databases as well as attacks on private firms, Xi Jinping said Beijing was not involved.

He also said cyber-theft was a crime and should be punished.

“The Chinese government will not in whatever form engage in commercial thefts or encourage or support such attempts by anyone,” the Chinese president said.

Ahead of his visit, business leaders re-iterated the difficulties US companies have operating in China and the deteriorating outlook for the economy.

China’s economy, which has grown rapidly in recent years, is beginning to slow, causing global concern about a fall in demand for global goods.

Recent dramatic losses on the Chinese stock markets, despite government interventions, have led to questions over how well the government is managing the slowdown.

President Xi Jinping will be hosted at the White House for a state dinner on September 25, and is due to give a speech to the UN General Assembly in New York on September 28.