Ex-peanut company executive Stewart Parnell has been jailed for 28 years for his role in a national salmonella outbreak linked to nine deaths.

Stewart Parnell, 61, the ex-owner of the Peanut Corporation of America (PCA), was convicted in 2014 of knowingly shipping tainted products.

His brother Michael, who worked as a food broker, was given 20 years.

The outbreak made hundreds ill and prompted one of the largest food recalls in US history. 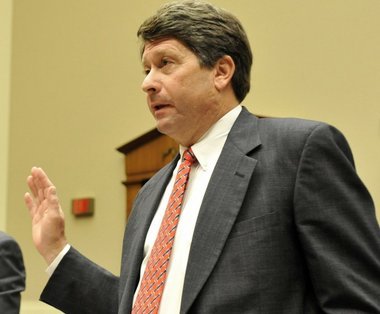 Stewart and Michael Parnell were charged after investigators traced the outbreak to the company’s plant in Blakely, Georgia in 2009.

The Centers for Disease Control and Prevention (CDC) said those who died had eaten tainted peanut butter, but could not say for certain that salmonella caused the deaths.

Inspectors found a leaky roof, cockroaches, and evidence of rats at the plant.

Prosecutors accused managers of creating fake certificates saying the food was safe when it either had not been tested or had been found to be contaminated.

“These acts were driven simply by the desire to profit,” Judge Louis Sands said.

“This is commonly and accurately referred to as greed.”

A former quality control manager at the plant, Mary Wilkerson, was also sentenced to 5 years in prison.

During the trial, Stewart Parnell apologized and asked for forgiveness, saying: “I am personally embarrassed, humiliated and morally disgraced by what happened.”

Symptoms of salmonella include diarrhea, nausea and vomiting, headaches, stomach cramps and fever, with infants and the elderly particularly at risk of developing a serious infection.