Game of Thrones has become the first show to win the most Emmy awards in one night after Sunday’s ceremony held in Los Angeles.

Meanwhile, Viola Davis has become the first black woman to win the outstanding lead actress in a drama award for her role in How To Get Away With Murder.

The 67th Annual Primetime Emmy Awards honored the best in US prime time TV programming from June 1, 2014 until May 31, 2015, as chosen by the Academy of Television Arts & Sciences.

Game of Thrones won best drama series and 11 other prizes.

Jon Hamm finally won a best actor award for his role as Don Draper in Mad Men – after seven years of missing out.

Political comedy Veep was the winner in the best comedy series category. 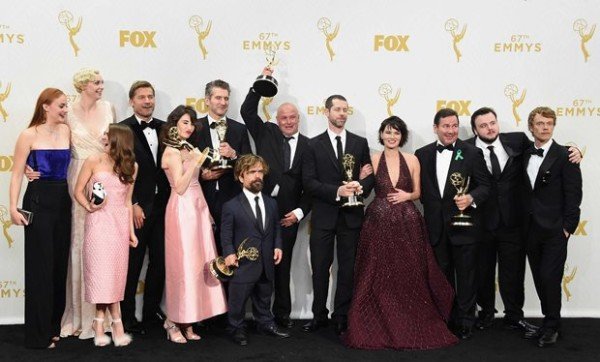 It was the first time since it began 2011 that Game of Thrones won the best drama series award. Its other accolades included best writing, best direction and best supporting actor for Peter Dinklage, who plays Tyrion Lannister.

Amazon’s comedy-drama Transparent won awards for best director in a comedy and for its lead actor, Jeffrey Tambor, who plays a transgender college professor.

The show also picked up best guest actor in a comedy for Bradley Whitford.

Viola Davis won her Emmy for lead actress in a drama for her role as a tough criminal defense lawyer in ABC’s How to Get Away With Murder.

Accepting her award, Viola Davis said: “The only thing that separates women of color from anyone else is opportunity.”

Jon Hamm, who played Don Draper in the drama Mad Men, set in an advertising agency primarily in the 1960s, said: “It’s incredible and impossible for me personally to be standing here.”

Veep, which is set in the office of the fictional vice-president and subsequent president of the US, Selina Meyer, also won the comedy writing award and best supporting actor in a comedy (Tony Hale).

The TV Academy awarded only four prizes to the main US broadcast networks. But while the pre-awards talk had revolved around streaming services such as Netflix and Amazon, it was cable channel HBO that swept the board, with shows like Veep, Game of Thrones and Olive Kitteridge performing well.