Nepal’s legislators are due to adopt the country’s new constitution, drawn up after years of political wrangling.

The new constitution will be unveiled with a grand ceremony in Kathmandu on September 20.

The controversial constitution will see the Himalayan nation become a secular, federal republic with seven states.

However, it has been opposed by some groups who want Nepal to be a Hindu nation. Minority ethnic groups also fear it will create discrimination.

Protests organized by the Tharu and Madhesi ethnic groups in the south have disrupted parts of Nepal for weeks. 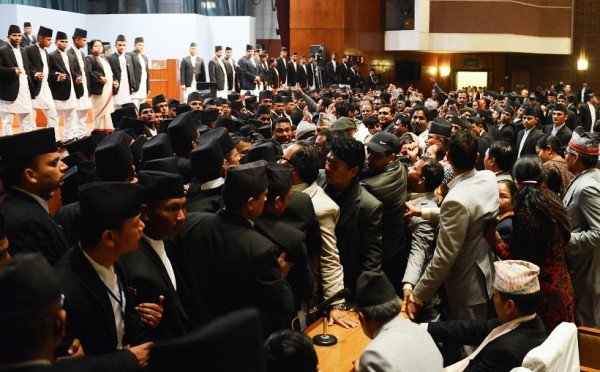 At least 40 people have been killed in the unrest.

The Nepalese authorities have imposed a curfew and deployed security forces but the protests have delayed road transport to the capital, Kathmandu.

“The constitution that will be promulgated is the outcome of many years of struggle by the Nepali people,” Prateek Pradhan, media adviser to PM Sushil Koirala, told Reuters.

“It addresses the aspirations and demands of all sections of Nepali society in an inclusive and representative manner.”

The demand for the new constitution was raised by Maoists rebels whose 10-year civil war ended with a peace deal in 2006.

In 2008, the Maoists won elections to a constituent assembly, leading to the abolition of the 240-year-old monarchy. But amid squabbling, the assembly failed to draw up a new constitution.

Nepal, which has a population of 28 million, is still recovering from the devastating earthquake in April that killed thousands.