Home World U.S. News Cuban Thaw: US Eases Restrictions on Business and Travel Ahead of Pope...

The US has decided to ease restrictions on business and travel with Cuba ahead of Pope Francis visit to the communist island.

This is the latest move by President Barack Obama to improve relations with Cuba.

The rules, which go into effect on September 21, relate to travel, telecom, internet-based services, business operations, banking and remittances.

US businesses will now be allowed to open up locations in Cuba. 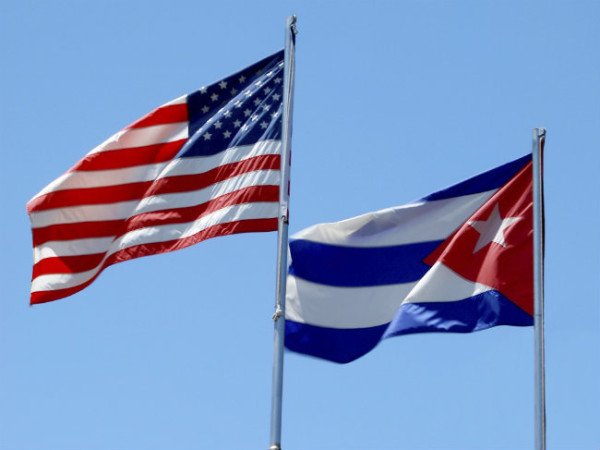 The changes come as the US and Cuba normalize relations after 53 years.

“A stronger, more open US-Cuba relationship has the potential to create economic opportunities for both Americans and Cubans alike,” said US Treasury Secretary Jacob Lew in a statement.

“By further easing these sanctions, the United States is helping to support the Cuban people in their effort to achieve the political and economic freedom necessary to build a democratic, prosperous and stable Cuba.”

Authorized travelers will be permitted to open and maintain bank accounts in Cuba, senior administration officials said on September 18.

Close relatives will now be allowed to accompany authorized travelers going to Cuba for educational, journalistic, humanitarian or religious activities or research.

Officials said travel to Cuba for tourist activity is still prohibited by statute.

Companies will also be able to import Cuban mobile applications to the US and hire Cuban nationals to work on them.

Barack Obama thinks the best way to strengthen the Cuban people is through contact, officials said.

In July, Cuba and the United States formally re-established relations, and in January the Obama administration announced initial changes to the Cuba sanctions program.

Ahead of Pope Francis’ visit to Cuba, and before Cuban President Raul Castro is set to address the United Nations, Cuba announced on September 18 the appointment of a US ambassador, the first since 1961.

Veteran diplomat Jose Cabanas will be Cuba’s ambassador to the US.