Thirteen top serving and former prison officials have been arrested in Mexico over the escape of the notorious drugs lord Joaquin “El Chapo” Guzman from jail.

Mexico’s ex-head of federal prisons was among 13 people detained, sources close to the prosecutor said.

The ex-directors of the jail from which El Chapo Guzman fled were also reportedly held.

Investigators say El Chapo Guzman had inside help to ease his escape in July through a tunnel under a shower in his cell that ran one mile outside the prison.

It was the second escape from a maximum security prison for El Chapo Guzman, whose Sinaloa cartel is responsible for much of Mexico’s trafficking of drugs to the US.

At least seven officials, including two members of Mexico’s secret service and two prison control room employees, had already been arrested, accused of not raising the alarm once El Chapo Guzman had escaped. 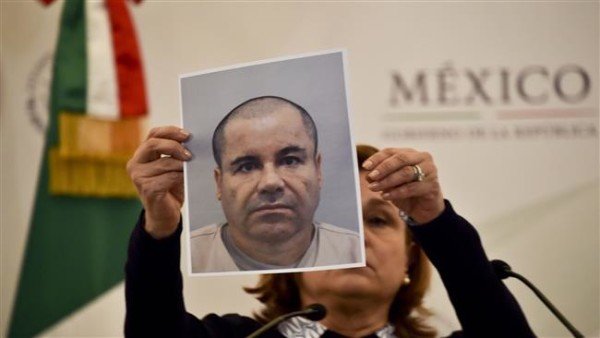 The office of Mexico’s attorney general confirmed the 13 new arrests on September 18, but did not reveal the identity of the suspects.

However, the former national coordinator for Mexico’s prison system, Celina Oseguera, was named as one of the suspects, sources close to the prosecutor told the AFP.

Celina Oseguera was removed from her high-level post after El Chapo Guzman escaped on July 11.

Both directors of Altiplano prison, Valentin Cardenas and Lenor Garcia, who were also sacked after the escape, are also reportedly being held.

After his escape in July, El Chapo Guzman took to Twitter to taunt the police and insult Mexican President Enrique Pena Nieto.

Enrique Pena Nieto has promised that all those who had participated in the escape would be punished with “the full weight of the law”.

One point of controversy has been whether the Mexican government should have agreed to a US request to extradite El Chapo Guzman on the basis that American prisons would have been harder for Guzman to break out of.