Home Entertainment Jeremy Clarkson Back to BBC to Host Have I Got News For...

Jeremy Clarkson will return to the BBC to host an episode of satirical news quiz Have I Got News For You next month.

Jeremy Clarkson pulled out of hosting the BBC One panel show in April, after being sacked from Top Gear after a “fracas” with the show producer Oisin Tymon.

He is set to front a new motoring show for Amazon in 2016, alongside co-hosts James May and Richard Hammond. 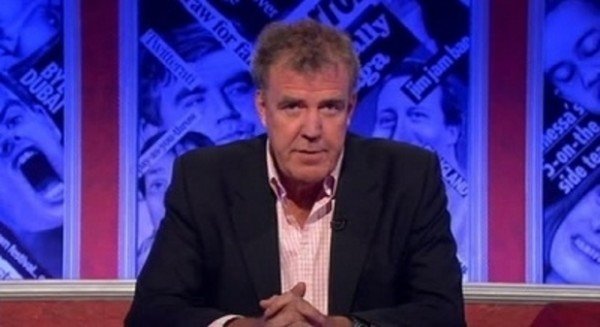 Jeremy Clarkson’s appearance on Have I Got News For You will be his first on the BBC since his departure from Top Gear.

He was suspended in March after assaulting Oisin Tymon, and the broadcaster later confirmed his contract would not be renewed.

Jeremy Clarkson signed up to present Have I Got News For You on September 18, and his appearance will mark the start of the show’s 50th series.

When he pulled out of hosting in April, production company Hat Trick had suggested the presenter would appear on the show soon.

A statement said: “On reflection, Jeremy Clarkson has decided not to host Have I Got News For You. We fully expect him to resume his hosting duties later in the year.”

Assistant host Richard Osman will be one of the two guests joining Jeremy Clarkson for the opening episode.