Donald Trump has come under fire after failing to correct a supporter who said President Barack Obama was a Muslim and “not even an American”.

The Republican presidential hopeful sought to laugh off the comment, which was preceded by the supporter saying: “We have a problem in this country – it’s called Muslims.”

The comments were made at a campaign rally for Donald Trump in New Hampshire.

Pointing to his first questioner at the campaign event in Rochester, Donald Trump said: “I like this guy.”

“We have a problem in this country called Muslims,” the man said.

“We know our current president is one. You know he’s not even an American.” 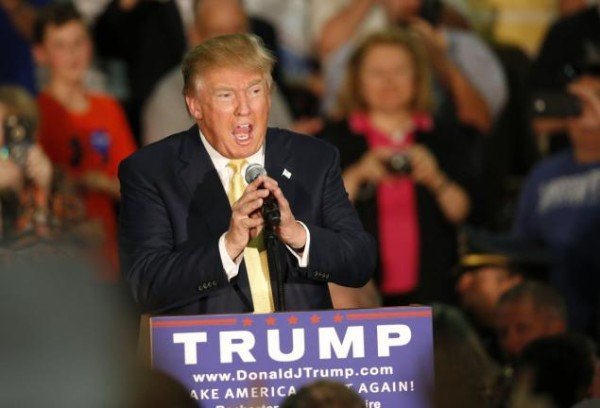 “But anyway,” the man continued, “we have training camps growing where they want to kill us. That’s my question: When can we get rid of them?”

Donald Trump failed to clarify that Barack Obama is a Christian American, instead replying that “bad things are happening” and saying he would look into them.

“This is certainly horrendous but unfortunately unsurprising given what we have seen already. The vile rhetoric coming from the GOP candidates is appalling,” Debbie Wasserman Schultz added, calling on his rivals to denounce him.

Donald Trump’s campaign manager Corey Lewandowski sought to play down the incident, telling media that “all he heard was a question about training camps”.

“The media wants to make this issue about Obama. The bigger issue is that Obama is waging a war against Christians in this country,” Corey Lewandowski told the Washington Post.

Barack Obama, who has spoken openly about his Christian faith, was born to an American mother and Kenyan father in Hawaii.

In 2011, Donald Trump was one of the leading skeptics, challenging Barack Obama to produce his birth certificate to disprove rumors that he was born in Kenya, which the president did.