Dozens of refugees have reached Croatia – opening up a new route to northern EU countries, a day after Hungary sealed its border with Serbia.

The refugees crossed into Croatia, an EU member, from Serbia.

Croatia says it is ready to receive them or “direct” them to where they want to go. Many migrants – mainly Syrian – are hoping to reach Germany.

New border restrictions and a row over allocating migrants have shown bitter divisions in Europe over the crisis.

Hundreds of refugees remain stranded outside or in makeshift tents near the Serbian border with Hungary.

On September 15, Hungary declared a state of emergency in the border area, with hundreds of army and police deployed to enforce new laws making it an offence to breach a razor-wire border fence. 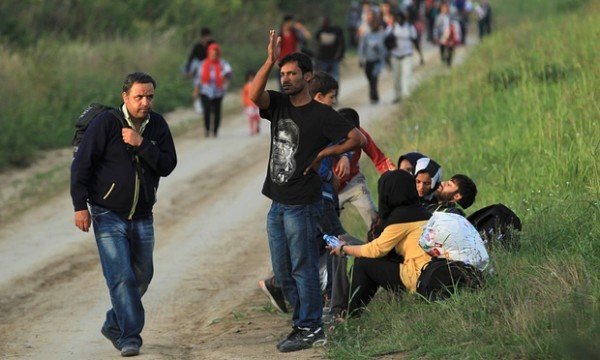 Police sealed a railway crossing point near Roszke which had been used by tens of thousands of migrants to enter the European border-free Schengen zone.

The move has all but stopped the inflow.

On September 16, Hungarian police said they had detained 367 refugees entering illegally – and the first criminal proceedings have been launched.

Many are fleeing conflict and poverty in countries including Syria, where a civil war has been raging since 2011.

The refugees have been crossing from Turkey, with about 1,000 in the city of Edirne on September 16, waiting to organize a crossing into Greece. Their journey would then take them to Macedonia and Serbia.

Until September 15, most poured into Schengen member Hungary and crossed into Austria to reach Germany. Both Germany and Austria have introduced tighter border controls to control the flow.

A group of about 40 refugees arrived in the border town of Sid in Serbia on September 16. They had travelled by bus from the Serbian town of Presevo near the Macedonian border in the south.

They crossed into Croatia where police began registering them.

Croatia’s PM Zoran Milanovic told parliament that authorities were “entirely ready to receive or direct those people where they want to go, which is obviously Germany or Scandinavian countries”.

“They will be able to pass through Croatia and we will help, we’re getting ready for that possibility,” he said.

A meeting of the Croatian National Security Council has been called to co-ordinate the response.

Croatian media have warned of the dangers posed by landmines dating back to Croatia’s war of independence in the early 1990s, even though experts say the areas are clearly marked.

The Serbian minister in charge of the government’s working committee on migrants, Aleksandar Vulin, argued that the closure of the border by Hungary was unsustainable for Serbia.

Hungary has said it could extend its fence to the border with Romania – a possible new route.

Romania said this would violate the “European spirit” of co-operation.