President Robert Mugabe has read out the wrong speech at the opening of Zimbabwe’s parliament.

The 91-year-old president gave the same one during his state of the nation address on August 25, when he was heckled by opposition members of parliament.

Robert Mugabe’ss spokesman told the state-run Herald paper the error was because of a mix-up in president’s secretarial office.

Tensions were high ahead of the speech and the state broadcaster canceled its live feed fearing further disruptions, correspondents say.

At least six members of parliament from the opposition Movement for Democratic Change (MDC) received a text message from sender called “Death” warning them to behave. 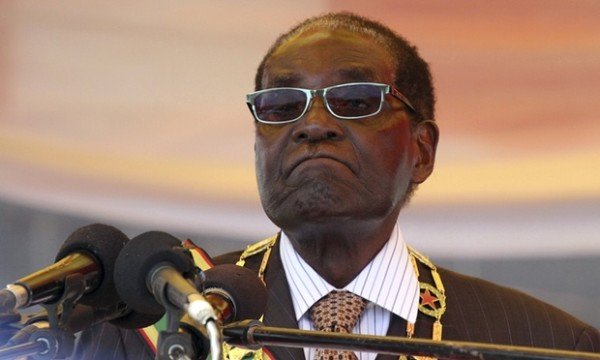 “Warning: Immunity ends in parliament… act wisely by not disturbing the proceedings of parliament,” the message on opposition MP Nelson Chamisa’s phone said.

After Robert Mugabe began speaking, it was not long before it dawned on those present that they had heard it all before, our reporter says.

Robert Mugabe made reference to Zimbabwe’s amending labor laws to protect workers from arbitrary termination of employment, efforts being made to stimulate investment and the country registering modest growth in tourism and agriculture, our correspondent says.

George Charamba added that President Robert Mugabe would read the correct speech later at a hotel in the capital Harare, Reuters reports.