According to researchers, smaller portions offered in supermarkets, restaurants and at home would help reverse the obesity epidemic.

The research team at the University of Cambridge says their review of 61 studies provides the “most conclusive evidence to date” that portion size affects how much we unwittingly eat. 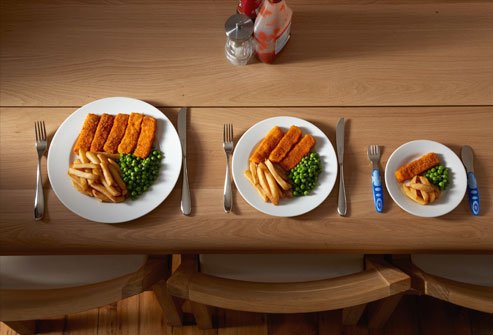 Experts said people were “reluctant” to leave a plate with food on it.

Their data, published in the Cochrane Database of Systematic Reviews, shows that when people are offered more food they will eat it.

The team also warns that in recent decades portion sizes have been increasing.

The findings, which are based on 6,711 people taking part in a wide range of clinical trials, suggest that eliminating “large portions” could cut up to 279 calories a day out of people’s diets.