Malcolm Turnbull has become Australia’s new prime minister after Tony Abbott was ousted as leader of the centre-right Liberal Party.

In the dramatic late night party leadership ballot, Tony Abbott, who had been plagued by poor opinion polls, received 44 votes to Malcolm Turnbull’s 54.

The new leader will be Australia’s fourth prime minister since 2013.

The prime minister-elect is expected to be sworn in after Tony Abbott writes to Australia’s governor general and resigns.

On September 14, Tony Abbott had dismissed rumors of a leadership challenge as “Canberra gossip”. 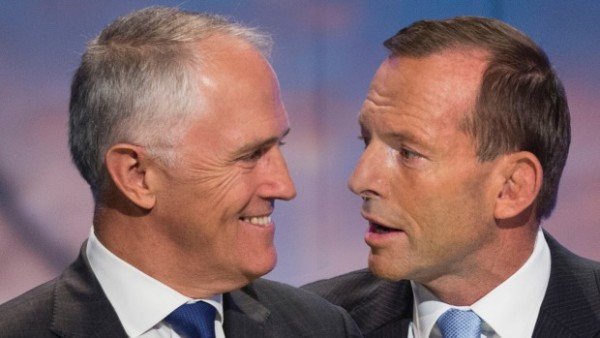 They also voted for Foreign Minister Julie Bishop to remain deputy leader of the party.

Speaking after the result was announced, Malcolm Turnbull praised his predecessor for his “formidable achievements” as prime minister.

The new party leader said Australia needed to have “the economic vision, a leadership, that explains the great challenges and opportunities we face”.

Malcolm Turnball said he would lead “a thoroughly Liberal government, committed to freedom, the individual and the market”.

Ahead of the vote, Malcolm Turnbull had said if Tony Abbott remained as leader, the coalition government would lose the next election, which is likely to take place in 2016.

He said he had not taken the decision to launch a leadership challenge lightly, but that it was “clear enough that the government is not successful in providing the economic leadership that we need”.

Julie Bishop had supported his bid to become party leader.

The last Australian prime minister to serve a full term was John Howard, who left power in 2007.

Labor PM Julia Gillard was ousted by rival Kevin Rudd in a leadership vote in June 2013 – months before a general election won by Tony Abbott’s Liberal Party and its coalition partners the National Party.

Julia Gillard herself had ousted Kevin Rudd as prime minister in 2010.

Malcolm Turnbull had previously been leader of the Liberals while in opposition, but was ousted by Tom Abbott in 2009.

Under the Australian system, as in the UK, the prime minister is not directly elected by voters but is the leader of the party or coalition that can command a majority in parliament.