Growth in both fixed-asset investment, up 10.9% in August from a year ago, and factory output, at 6.1%, came in below expectations.

The Shanghai index has lost nearly 40% since its peak in mid-June.

Shares of four of China’s largest brokerages tumbled as much as 7% following news of fines and penalties from the securities regulator for failing to conduct proper checks on clients.

The four were fined 178.5 million yuan ($28 million) and had 62.4 million yuan of profits confiscated, according to the securities filings by the companies.

Regulators have been cracking down on trading firms to stem the volatility that has rocked the markets for the past few months. 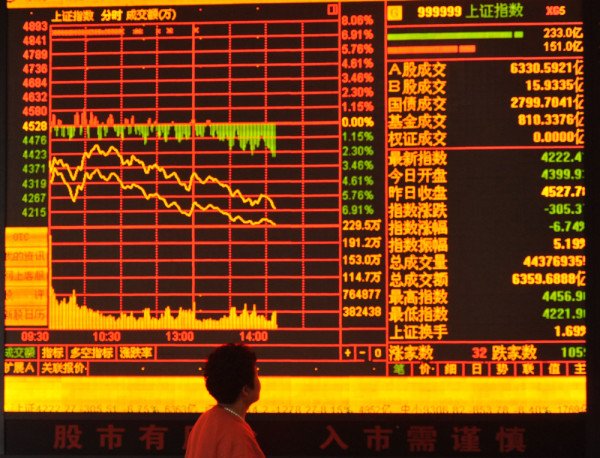 The rest of Asian shares traded mixed, despite Friday’s positive finish on Wall Street, with investors cautious in advance of the Federal Reserve meeting this week.

All eyes are on the US policy meeting, which ends with a decision on September 17 on whether to raise interest rates for the first time in almost a decade.

Economists are split on whether the long-awaited move will happen.

Japanese investors are also looking ahead to the conclusion of the Bank of Japan’s two-day policy meeting on Tuesday, where they are expected to maintain their easing program.

Shares in Oil Search reversed earlier losses to close up 0.2% after it rejected an $8 billion takeover proposal from Australia’s biggest energy company Woodside Petroleum, saying the offer was too cheap.