The Miss America pageant has apologized to Vanessa Williams 32 years after she was forced to hand back her title.

Vanessa Williams was the first black woman to be named Miss America in 1983 but resigned after a magazine published photos of her without her consent.

“I want to apologize for anything that was said or done,” said Miss America CEO Sam Haskell.

Vanessa Williams has forged a career as an actress, with major roles in Ugly Betty and Desperate Housewives. 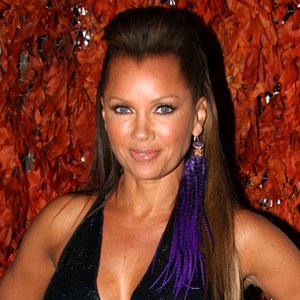 She also scored a global hit in 1992 with the ballad Save the Best for Last; and her recording of Colors of the Wind from Disney’s Pocahontas soundtrack earned her a Golden Globe, a Grammy and an Oscar for best original song.

Vanessa Williams won Miss America in September 1983 but, months later, the pageant’s executive committee voted unanimously to request that she resign after Penthouse magazine published photos she had posed for several years earlier.

She remains the only title-holder who was asked to resign in the Miss America pageant’s history.

Vanessa Williams was invited back to the competition this year by Chairman Sam Haskell, who asked her to serve as head judge.

Before the competition started, Sam Haskell invited her on stage to receive the apology.

“I have been a close friend to this beautiful and talented lady for 32 years,” he told the audience.

“You have lived your life in grace and dignity, and never was it more evident than during the events of 1984 when you resigned.

“Though none of us currently in the organization were involved then, on behalf of today’s organization, I want to apologize to you and to your mother, Miss Helen Williams.”

The audience gave Vanessa Williams a standing ovation and TV coverage showed her mother on the verge of tears.

“Thank you so much, Sam, so unexpected but so beautiful,” said the actress.

“On behalf of my family, my mother in particular; [publicist] Brian Edwards, who orchestrated this entire thing to bring me back; and your leadership, your integrity and you bringing this pageant back to what it ought to be. I love you. I love the girls. And I’m so honored to be back.”

Vanessa Williams then returned to her seat and helped select the new Miss America – 21-year-old Betty Cantrell of Georgia.