Thousands of people in northern California have fled their homes as some 5,000 firefighters tackle wildfires.

One blaze, the Valley Fire, which started on September 12 in Lake County, north of San Francisco, has already burned 40,000 acres.

Four firefighters were injured and had to be airlifted to hospital, where they are said to be in a stable condition. 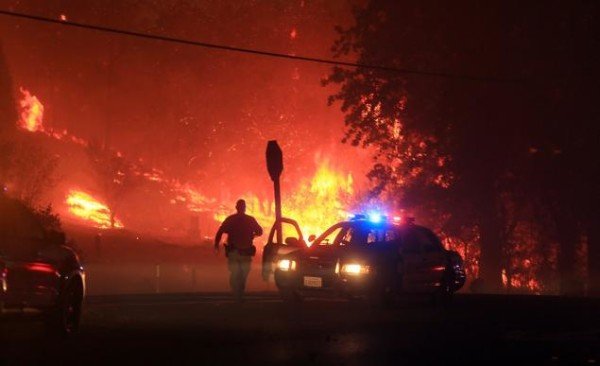 The small town of Middletown looked to be under threat from the Valley Fire on September 13. Its 1,500 residents had already been ordered to evacuate.

Local media reported that the much of the town centre was ablaze.

The fire spread quickly and witnesses saw flames reach up to 200ft in the air, the local Press Democrat newspaper reports.

Further east, in Amador and Calaveras counties, around 4,000 firefighters are battling the Butte Fire, which broke out on Wednesday.