Germany will introduce temporary controls on its border with Austria to cope with the influx of refugees, Interior Minister Thomas de Maiziere has announced.

Thomas de Maiziere said refugees could “not choose” their host countries and called on other EU states to do more.

Trains between Germany and Austria have been suspended for 12 hours.

Germany’s vice-chancellor has said his country is “at the limit of its capabilities” as more than 13,000 migrants arrived in Munich on September 12. 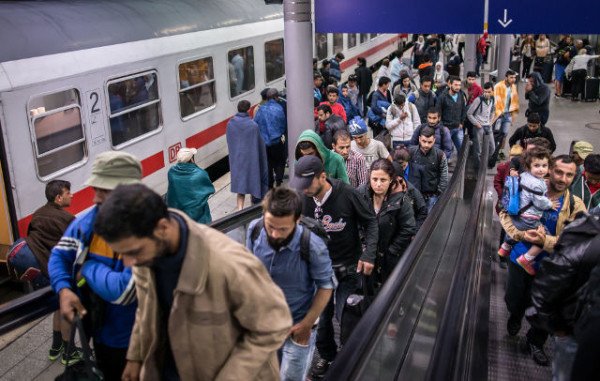 “The aim of these measures is to limit the current inflows to Germany and to return to orderly procedures when people enter the country,” Thomas de Maiziere told a news conference.

He gave no details. The move goes against the principle of the Schengen zone, which allows free movement between many European countries. However, the agreement does allow for temporary suspensions.

Many refugees have been refusing to register in countries such as Greece or Hungary, fearing it will stop them being granted asylum in Germany or other EU states.

The city of Munich, in the German state of Bavaria, has taken the brunt of arrivals over the weekend.

Hungary’s PM Viktor Orban, who has taken a tough line on the migrant crisis, told Germany’s Bild newspaper he welcomed the new controls, saying they were “necessary to protect German and European values”.

On September 13, the Czech Republic also said it would boost border controls with Austria.

Europe as a whole is struggling to deal with an enormous influx of people, mostly from Syria but also Afghanistan, Eritrea and other countries, fleeing violence and poverty.

On the same day, Greek coastguards said at least 34 people, including 11 children, drowned when a boat carrying about 100 migrants capsized off the island of Farmakonisi in the southern Aegean Sea.

Earlier on Sunday, Germany’s Vice-Chancellor Sigmar Gabriel, who is also economy minister, warned his country was being stretched to its limits by the new arrivals.

“It is not just a question of the number of migrants, but also the speed at which they are arriving that makes the situation so difficult to handle,” he told the Tagesspiegel newspaper.

Sigmar Gabriel also called on European countries, Gulf states and the US to give billions of euros towards schools, accommodation and food in refugee camps in the Middle East.

A steady stream of refugees is travelling from Greece, through Macedonia, Serbia and Hungary, to Austria and Germany.

Hungary is aiming to complete a 13ft-high fence along the border with Serbia by September 15, when tougher measures, including arresting illegal immigrants, come into force.

The Czech Republic, Slovakia, Hungary and Romania are opposed to this.