California has dropped plans to cut gasoline use in half by 2030, after intense oil industry lobbying.

Governor Jerry Brown and other senior lawmakers had included the proposal in a climate change bill, but were forced to retreat amid growing opposition.

The leaders have vowed to push ahead with other reforms, including boosting renewable electricity use. 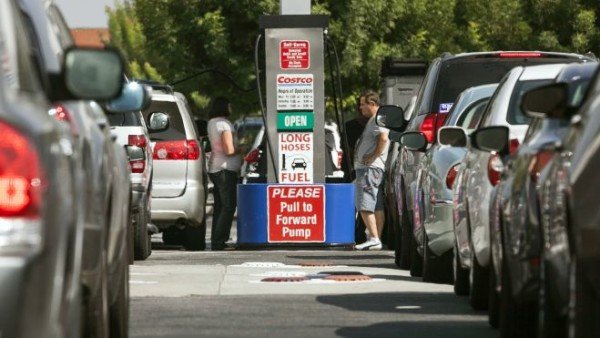 “I’m more determined than ever to make our regulatory regime work for the people of California – cleaning up the air, reducing the petroleum and creating green jobs.”

The plans to require a 50% reduction in gasoline use in motor vehicles by 2030 were met with fierce opposition from business groups and oil companies, who warned of negative consequences for California’s economy.

Kevin de Leon said the industry had a “singular motive” and accused it of creating a “multibillion-dollar smoke screen” to deter lawmakers from voting for the legislation.

Republicans, along with many moderate Democrats, had resisted the proposal.

Catherine Reheis-Boyd, president of the Western States Petroleum Association, welcomed the September 9 decision to cut the emissions target from the bill.

“Today’s announcement was an acknowledgement that California’s energy future, economic competitiveness, and environment are inextricably linked,” she added.

California is the second-biggest producer of carbon dioxide from burning fossil fuels among US states.

Jerry Brown pledged to move ahead with the two remaining components of the climate change bill, aimed at increasing renewable electricity use and improving energy efficiency in buildings.

The issue has been a key priority for the governor during his final term.

Gov. jerry Brown is expected to attend the UN climate change conference in Paris in November.