Asian stock markets were mostly lower on September 10 as economic data from Japan and China made investors cautious.

Worries about a slowdown China and the impact of a US interest rate hike also dented investors’ confidence.

Core machinery orders in Japan, which are a key indicator of capital expenditure, fell by 3.6% in July compared with June.

The renewed decline suggested that business investment may fall yet again this quarter, economists said. 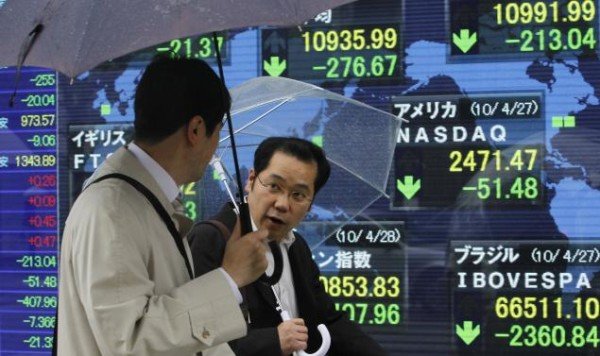 The Australian dollar fell together with the New Zealand dollar on Thursday after New Zealand’s central bank cut interest rates to 2.75% and said it may introduce further easing measures to boost its flagging economy.

The rise was due to higher food prices. Pork prices, which weigh heavily on consumer prices in China, rose from 16.7% last year to 19.6% in August.