Stephen Colbert has made his debut as CBS’ Late Show host, succeeding David Letterman who retired in May after 33 years.

The former Colbert Report host opened the show with a sketch, singing the national anthem around the country. 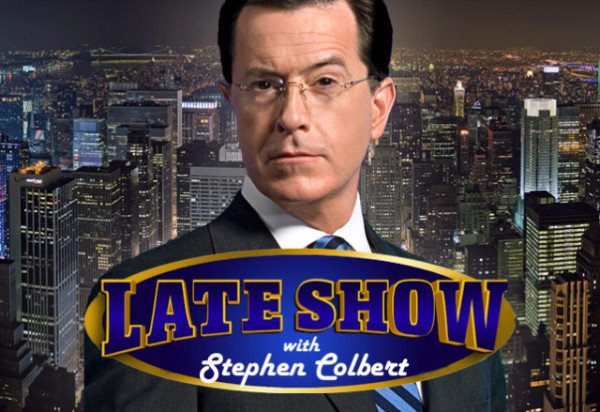 “We will try to honor his achievement by doing the best show we can and occasionally making the network very mad at us,” he said.

“As long as I have nine months to make one hour of TV, I could do this forever,” Stephen Colbert added.

The comedian played a hardline conservative in his previous show, Comedy Central’s satirical news show The Colbert Report, but he appeared as himself for his mainstream debut.

Stephen Colbert presented his first guest George Clooney with a belated wedding gift for his marriage last year to human rights lawyer Amal Alamuddin – a Tiffany paperweight inscribed with the phrase: “I don’t know you.”

He also binged on a bag of Oreo cookies as he made jokes about Donald Trump, who recently vowed never to eat Oreos again after makers Nabisco Inc said it was opening a new plant in Mexico.

Fellow late-night TV figures also wished him well – including NBC rival Jimmy Fallon who said: “Have a good show, buddy. See you in the locker room.”

The broadcast ended with Stephen Colbert singing with his new house band, led by Jon Batiste, in a cover of Sly and the Family Stone’s Everyday People.

They were joined by Mavis Staples, Aloe Blacc, Ben Folds and Buddy Guy, amongst others.