According to UN’s Food and Agriculture Organization (FAO), August 2015 saw a 5.2% fall in global food prices, the biggest drop since 2008.

The FAO saw monthly falls in all major commodities, from milk and vegetables to oils, sugar and cereals.

Food producers are being hit by slowing demand in China and a Russian embargo on Western products.

Now the European Commission is to release €500 million ($557 million) to help Europe’s farmers.

The commission said the most significant part of the package would support the dairy sector in all EU member states. 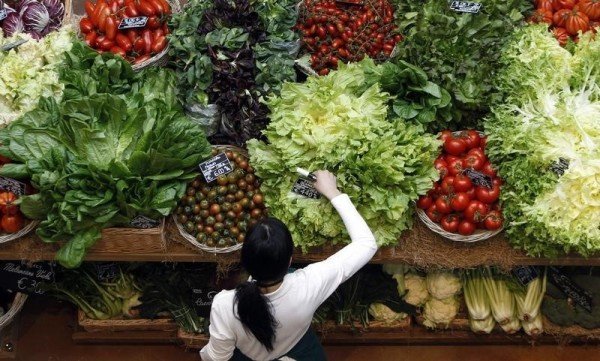 Dairy farmers have suffered a 20% fall in European wholesale milk prices in 2014.

The European Commission aid comes on top of extra help for European fruit and vegetable farmers, who have been hit by the Russian embargo on Western food imports in retaliation for EU and US sanctions over the crisis in Ukraine.

Farmers across Europe have been protesting in recent weeks against the plunging prices that they say are destroying their businesses.

Last week, French farmers blocked the streets of Paris with more than 1,500 tractors.

The falling prices are unlikely to be reversed any time soon.

The FAO said in a statement: “Ample supplies, a slump in energy prices and concerns over China’s economic slowdown all contributed to the sharpest fall of the FAO Food Price Index in almost seven years.”

The FAO has raised its forecast for world cereal output in 2015 to 2.54 billion tonnes, thanks to what looks like good wheat and rice harvests in Argentina, Brazil and the US.