Democrat presidential hopeful Hillary Clinton has apologized for her use of a personal email account for official business whilst secretary of state between 2009 and 2013.

The former secretary of state’ use of private email has generated a barrage of criticism as Hillary Clinton runs for the Democratic presidential nomination for the 2016 election.

Critics say that her set-up was not secure, contrary to government policy, and meant to shield her from oversight.

Hillary Clinton apologized for the first time for using a personal account during an interview on September 8.

“That was a mistake. I’m sorry about that. I take responsibility, and I’m trying to be as transparent as I possibly can,” she told ABC news.

On her Facebook page Hillary Clinton wrote: “Yes, I should have used two email addresses, one for personal matters and one for my work at the State Department. Not doing so was a mistake. I’m sorry about it, and I take full responsibility.”

Hillary Clinton continued to deny that she had broken any government rules or laws. She wrote that “nothing I ever sent or received was marked classified at the time”. 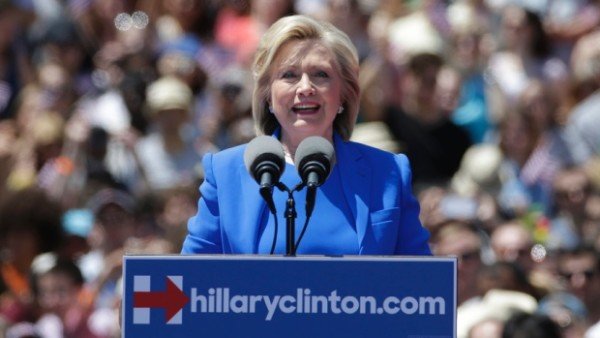 It has been a major issue in the presidential race. Polls show an increasing number of voters view her as “untrustworthy” due in part to the questions surrounding her email use.

The State Department has been investigating Hillary Clinton’s use of a personal email server.

In March, Hilalry Clinton said she and her lawyers made the decision over what would be considered work-related email when the state department asked for records from former secretaries of state.

Since then, the State Department has been releasing the emails to the public in batches about once a month. Some of these emails have been censored by the department as they contain classified information.