Chinese Wang Fengying, who posed as a Qing dynasty princess in order to run a fraud scheme, has been sentenced to 13 and half years in jail.

Wang Fengying had called herself “Princess Changping” and claimed to be a descendent of the Aisin Gioro Manchu royal family.

The woman and her accomplice conned their victims out of more than 2 million yuan ($313,600) within one year.

They were caught in 2014 after one of her victims complained to the police.

The accomplice, Yang Jianglin, received a 12-year jail sentence and a 500,000 yuan fine.

The Aisin Gioro family ruled China from 1644 until the 1912 revolution that toppled the monarchy and installed a republican government.

Wang Fengying and Yang Jianglin set up a fake company that bought large quantities of counterfeit US dollars and gold bars, which they told victims was just a small portion of Wang’s assets. 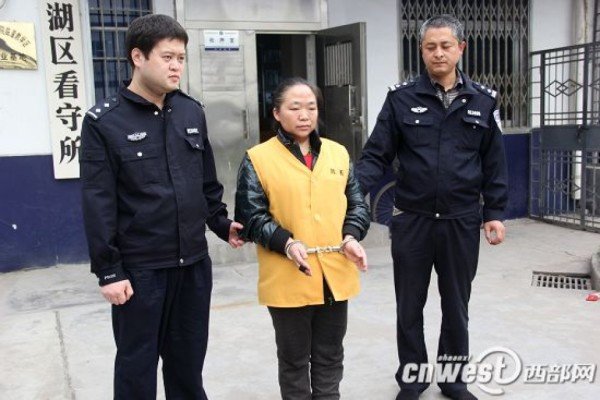 This rest was locked away, they said, and could not be released through usual methods. She said she needed money for “ensuring good relations” to unlock them as well as for delivery fees, according to a 2014 report on her arrest by CNWest news portal.

Investors were told that if they managed to help unlock these assets, the government would give them a reward three times the value.

Among the items found during a police raid at Wang Jianglin’s office were 41 gold bars – it was not clear whether they were fake or real – ancient-looking keys, and a treasure map.

Unusually, the court ruling ended with a personal note from the unnamed judge, who said there was “no such thing as a free lunch”.

“I hope that members of the public, when encountering someone who says they have a far-fetched and mysterious personal history and who tells you that you can get a high return on your investment, keep an alert mind and not easily be swayed by the lure of money.

“Think before you act. Perhaps in this way, you can steer clear of the traps laid by fraudulent cheats.”