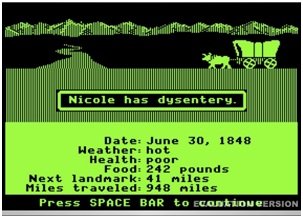 Digital gaming has come a long way since the days of Oregon Trail. Thanks to cloud computing and mobile devices, games pack in a lot more action and a lot less dysentery.

So what’s next for mobile cloud gaming? The answer: exciting things. Professors from the University of British Columbia and China’s Huazhong University of Science and Technology have teamed up to deliver their predictions about Mobile Cloud Gaming: the Next Generation.

One of the biggest drawbacks of mobile gaming is the bandwidth required to execute complex visuals. It’s not such a big deal when you’re using a Wi-Fi connection, but over a cellular connection, data gets expensive. In a mobile browser game, heavy resource usage eats up battery life. Dynamic cloud integration finds a happy medium between bandwidth and battery by optimizing where game components run.

When it’s most efficient for game components to run locally, the cloud server onloads certain functions to the device. Dynamic cloud integration will provide ways for the mobile client the flexibility to offload functions back to the cloud. Meanwhile, both the cloud server and the device constantly monitor usage to deliver optimal resource usage. Players get better performance and longer periods of play.

Cloud computing already makes it possible to save games and play the saved game on a different device. Cross-platform gaming will improve to the point that switching from a desktop to mobile device becomes seamless.

In the future, every mobile game, as part of its standard feature set, will optimize saved games for different screen resolutions and device inputs. Online attackers will also learn to optimize malware for seamless transition within the gaming environment, making Android security more important than ever. 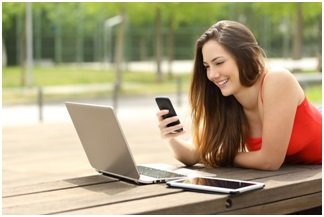 With context-aware gaming, your mobile device uses its GPS, camera, accelerometer, and other elements to adapt an existing game to elements of your surroundings. Imagine sitting in the passenger seat and playing a simple game like Traffic Racer, in which you’re racing down terrain similar to the terrain surrounding you, or playing a game that changes based on multi-player inputs and the surroundings of different players.

Based on time of day, location, and your movements, your games will automatically deliver novel elements. A wave of your hand will release a magic spell. Game elements will respond to physical manifestations of your state of mind, like elevated heart rate and rapid breathing. One classic example of context-aware gaming is the 2003 release Mogi, which let players scavenger hunt for virtual objects within their existing physical environments. 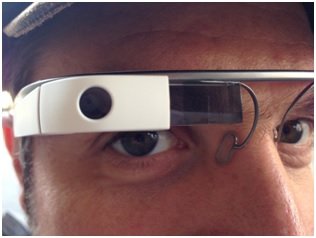 Imagine donning your Google Glass and playing a hands-free game while seeing either a live or indirect view of the real world. If you’re coordinated enough, you’ll be able to play your game while walking to work — without walking into a lamppost.

Now, imagine walking to work and staring not at the people around you but at a gamified version of reality. For example, the game Human Pacman superimposes dots, power pellets, and scrumptious floating fruit within your normal field of vision. Your movements, including movements of your head, determine where Pacman goes next.

Augmented gaming, which incorporates many context-aware elements, will transform the world as you see it into a video feed. In a virtual sense, you’ll eventually be able to punch the person who cut in front of you at Starbucks — accompanied by your own theme music and a balloon that says “KAPOW!” — without moving anything but eye muscles.

Desktop computers and consoles offer plenty of multi-player gaming opportunities. Games like Minecraft Pocket Edition allow players sharing a mobile LAN to interact within different worlds. As cloud gaming technology and streaming become more sophisticated, you’ll play mobile multi-player scenarios not only with the person sitting next to you but also with people all over the world.

All Hail the Future

Thanks to the cloud, mobile gaming requires only a thin client, has access to unlimited resources, and allows for seamless play across many devices. Next-gen cloud gaming advances will reduce network dependence, lower bandwidth consumption, and overcome limited mobile browser resources.

As cloud and mobile device advancements make gaming more immersive and less screen dependent, the whole world becomes a stage for a game. Let’s just hope when you catch dysentery in Future Mobile Oregon Trail, it’s not a context-aware development.