Apple is launching its larger tablet iPad Pro, a TV box with its own app store and new iPhones that can detect how firmly their screens are being pressed.

The tech giant suggested the iPad Pro was suited to work tasks, video games and both editing and watching movies.

Sales of Apple’s earlier iPads had been on the decline.

The company said the “3D touch” feature of its new phones “transformed” the experience of using them by making it easier to use and switch between apps.

Huawei demonstrated its own version of the feature – which it called “force touch” – at its own launch event last week.

The iPad Pro has a 12.9in display, making its shortest edge the length of its earlier iPad Air 2’s height. 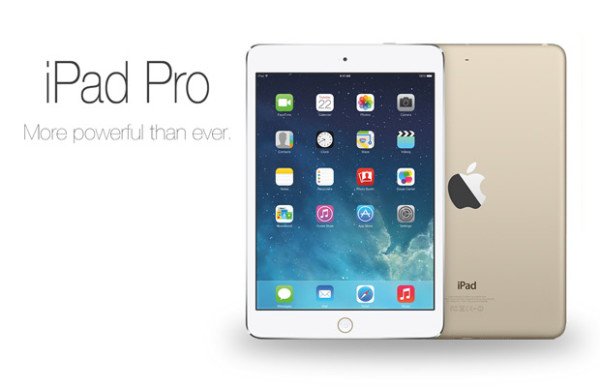 Apple sold 19% fewer iPads over its last three quarters than over the same nine months a year earlier.

The tech giant said the new device offered the similar processing power as 80% of the portable PCs sold over the past six months.

It will be sold alongside an optional magnetically-connected keyboard – which resembles a similar accessory for Microsoft’s Surface tablet.

In addition, Apple announced a stylus called the Apple Pencil, which has sensors in its tip to help mimic the effect of using a real pencil on paper.

The announcement is notable since Steve Jobs had said: “If you see a stylus, they blew it”, when he announced the original iPad.

Apple said the iPad Pro should run for 10 hours of use between charges and would be available in November and range from $799 to $1,079 depending on its level of storage and 4G connectivity. The Pencil costs $99 and the keyboard $169.

The device is controlled by a remote control that features a touch-sensitive panel and a microphone that allows the device to be voice-operated.

The TV box uses Apple’s Siri virtual assistant to let users request shows or movies based on a desired theme or favorite actor. In addition, it can play video games.

“The future of TV is apps,” declared Tim Cook.

Apple had previously described its TV boxes as a “hobby”.

Apple was one of the first tech companies to offer an internet-connected TV box, but Amazon, Roku and several smart TV-makers beat it to offering an app-focused experience.

Tim Cook acknowledged it had taken his company several years to introduce a TV app store.

Apple did not unveil a rumored TV shows and movies subscription package of its own for the box.

Much of the Apple TV presentation was dedicated to the video games it can play. The remote is motion sensitive, and works in a similar fashion to Nintendo’s Wii controllers.

Apple has already had huge success with video game sales on its iPhones. But one industry watcher questioned how disruptive the new box would be in the living room. 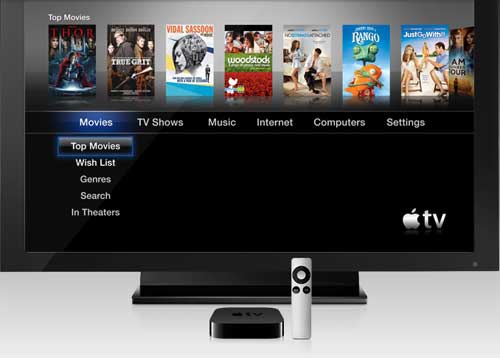 The TV box will cost either $149 or $199 depending on how much storage the user wants.

The idea behind the new iPhone’s 3D Touch feature is that users can call up different functions by pressing the handsets’ screens firmly.

Examples of how it can be used include pressing the screen to preview an email or photo, swap weapons in a video game, and quickly switch into selfie photo mode.

The handsets also gain the ability to shoot 4K videos – which means four times the amount of pixels of 1080p high definition video.

In addition, the back camera has been upgraded to offer 12 megapixels rather than eight – Apple said it had ensured the extra resolution had not come at the cost of more noise

The iPhones also get a processor boost. They will go on sale in a fortnight’s time.

Apple also announced an upgrade to its smartwatch operating system that will be released on September 16.

Watch OS2 will allow third-party apps to run natively on the device rather than relying on a linked smartphone’s processor.

In addition to loading faster, the apps will also gain the ability to play video and access the Watch’s microphone and sensors.

GoPro is taking advantage of this to allow users to see live streams from its action cameras on Apple’s wearable.

Facebook also revealed it is bringing its Messenger app to the platform.