Italy’s Court of Cassation has criticized “glaring errors” in the investigation into the 2007 murder of British student Meredith Kercher.

The highest appeals court acquitted Amanda Knox and her ex-boyfriend Raffaele Sollecito of the murder in March.

The court said there was an “absolute lack of biological traces” of either defendant in the room where Meredith Kercher was killed or on her body.

Meredith Kercher, 21, was stabbed to death in a Perugia flat she shared with Amanda Knox.

The Court of Cassation published its reasoning on September 7, as it is required to do under Italian law.

It issued a damning assessment of the quality of the prosecution case, saying its high profile nature had an effect on investigators. 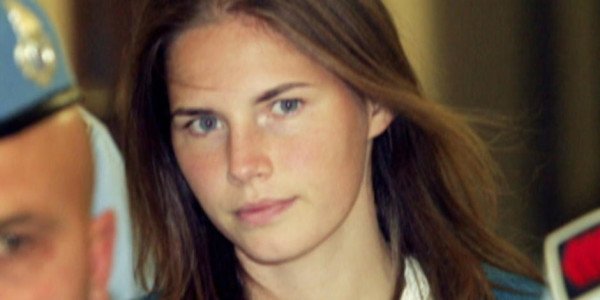 “The international spotlight on the case in fact resulted in the investigation undergoing a sudden acceleration,” the court said.

Several mistakes in the investigation were outlined by the court in its reasoning, including the fact that investigators burned Amanda Knox’s and Meredith Kercher’s computers, which could have yielded new information.

The court also wrote that the Florence appeals court which convicted Amanda Knox and Raffaele Sollecito last year ignored expert testimony that “clearly demonstrated possible contamination” of evidence and misinterpreted findings about the knife allegedly used to slit Meredith Kercher’s throat, in what prosecutors had described as a s**ual assault, AP reports.

“The kitchen knife, found in Sollecito’s house and the supposed crime weapon, was kept in an ordinary cardboard box,” the judges noted, adding that no traces of blood were found on it.

The judges said that one of Meredith Kercher’s bra clasps, which prosecutors argued carried a trace of Raffaele Sollecito’s DNA, was left on the floor of the murder scene for 46 days, and then “was passed from hand to hand of the workers, who, furthermore, were wearing dirty latex gloves”.

Another man, Rudy Hermann Guede, born in Ivory Coast, was convicted of murder in a separate trial and is serving a 16-year sentence.

The court’s ruling against Rudy Hermann Guede stated that he did not act alone, but the acquittals of Amanda Knox and Raffaele Sollecito mean that no-one now stands convicted of acting with Guede to kill Meredith Kercher.