An Australia case to hear dog-smuggling charges against Amber Heard has been adjourned.

Johnny Depp’s wife had been ordered to appear in an Australian court on September 7 on charges of failing to declare her terrier dogs to Customs officials.

Amber Heard failed to appear but the case has now been adjourned until November 2.

She faces a possible 10-year jail term or a hefty fine for illegally importing the dogs into Australia and of producing a false document.

The discovery of the dogs in a Gold Coast mansion where Johnny Depp and Amber Heard were staying earlier this year sparked a public spat with Australia’s Agriculture Minister, attracted international media attention and was dubbed the #WarOnTerrier by social media. 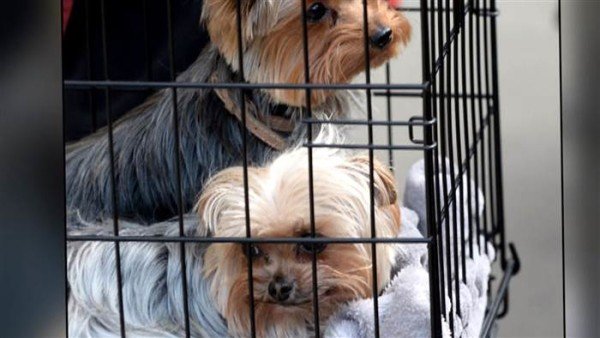 Johnny Depp does not face any charges over the dogs.

Australia has strict quarantine laws to prevent diseases being imported into the island nation.

Amber Heard was spotted over the weekend supporting her husband at the Venice Film Festival.

The dogs, Boo and Pistol, are understood to have arrived in Australia on board Johnny Depp’s private jet in April this year.

Johnny Depp was in Australia filming the fifth movie in the Pirates of the Caribbean franchise on Australia’s Gold Coast.

At the time, Agriculture Minister Barnaby Joyce said the dogs would be put down if they stayed.

The dogs left the country unharmed a few days later.

“I killed my dogs and ate them under direct orders from some kind of, I don’t know, sweaty, big-gutted man from Australia,” Johnny Depp said.