HTC has been dropped from Taiwan’s TSWE 50 index, following a 66% slide in its share price this year.

The collapse in HTC’s share price means it is not big enough to be included in Taiwan’s TWSE 50 Index.

In June, the smartphone maker said Q2 2015 revenues had halved from the same period last year, resulting in an operating loss of 5.1 billion Taiwanese dollars ($155 million).

Last month, HTC said it would cut 15% of its global workforce.

HTC’s share price is now less than the amount of cash it holds on deposit, which means investors consider the rest of the company to be, in theory, worthless.

Dropping out of the TWSE 50 index may push the share price even lower, as foreign investors are reluctant to hold shares not listed on the main Taiwan index.

HTC was founded in the 1990s and started out manufacturing notebook computers and some of the first touch handheld devices. It also made the world’s first Android smartphone. 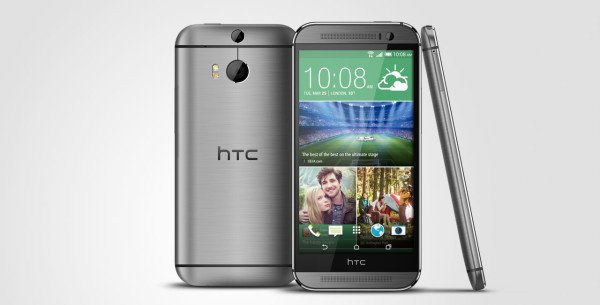 It has been outgunned at the top end of the smart phone market by Apple, Samsung and LG.

Many blame the outcome on the massive advertising budgets of the market leaders. Samsung alone spent over $60 million on marketing the launch of its new Galaxy S6 smart phone, roughly the same as HTC’s entire annual marketing budget.

Meanwhile, Chinese makers such as Xiaomi and Lenovo have squeezed it at the cheaper end.

Analysts complain that HTC has not innovated enough, claiming for instance that its new HTC One M9 smart phone is almost identical to its former M8.

However, HTC has not been slow to launch new products. It has a fitness tracker called the Grip and recently launched active earphones.

Hours before the Taiwanese stock exchange announced HTC’s ejection from the TWSE 50, the company launched the latest of its Desire smartphone range, the 728, in China.

HTC is also attracting attention with the launch of its virtual reality headset Vive at the end of the year. The company says more than 1,000 developers are working with it on content creation for gaming, entertainment and education apps.

Cher Wang, chairwoman and chief executive of HTC, said: “While the current market climate is challenging, I firmly believe the measures we are putting in place to streamline our operations, improve efficiency and focus, and increase our momentum will start to show results over the coming quarters.”

While HTC is out of the TSWE 50, it will be listed in the smaller Mid-Cap 100 Index, which contains 100 companies, but only 20% of the value of the whole market.