The Department of Labor has reported on September 4 that the US economy added 173,000 jobs in August.

This is the last unemployment report before September’s interest rate decision by the Federal Reserve.

The number of jobs was below the 217,000 predicted by analysts, although the Labor Department said that figures for August tend to be revised higher subsequently.

The rate is the lowest since April 2008.

Wall Street headed lower following the numbers, with the S&P 500 falling 1.3% and the Dow Jones industrial average shedding more than 200 points or 1.2%. 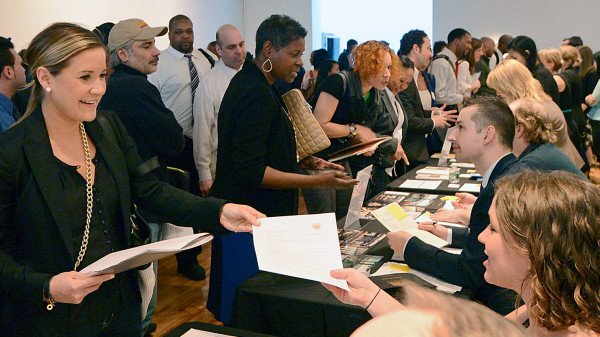 European stock markets, which had been trading lower before the data was released, extended their losses, with the FTSE 100 in London down 2% and indexes in Paris and Frankfurt dropping about 2.6%.

There were upward revisions to the number of jobs created in the previous two months, which added another 44,000 jobs. The revised figure for July was 245,000 jobs.

The weaker-than-expected August number could make Fed officials think twice about increasing rates when they meet on September 16-17.

Chris Williamson, chief economist at Markit, said the decline in the unemployment rate could be the clincher for a September rise.

However, he added: “The most likely scenario is one where the Fed waits a little longer in the light of recent economic and financial market instability, instead merely testing financial market reactions with rhetoric that a rate rise is increasingly imminent.”

One of the officials who will help make that decision said on September 4 that the US labor market had recovered sufficiently to warrant raising rates soon.

Richmond Fed President Jeffrey Lacker, who had called for a rate increase in June, said the US economy no longer needed rates to be so low.