According to new reports, Rosie O’Donnell and Tatum O’Neal have been dating for two months, and they are “very much in love”.

The two women have been seen together several times over the past few weeks, the Daily Mail reports.

Earlier this year, Tatum O’Neal publicly commented that she is “dating mostly women”.

In early August, Rosie O’Donnell, 53, and Tatum O’Neal, 51, took in the new Broadway musical Hamilton together. A few days later they shared a meal and a bottle of wine at New York’s Da Silvano restaurant. 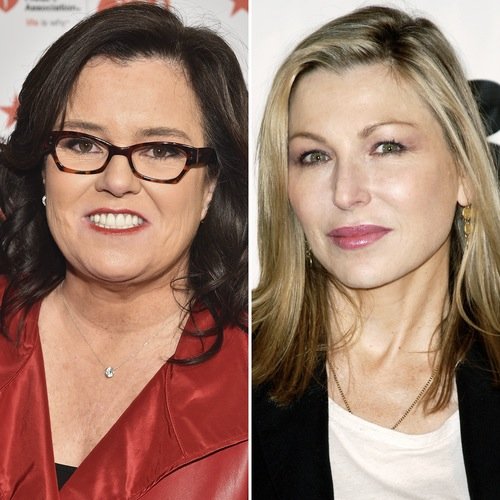 Rosie O’Donnell’s rep has denied that there is flourishing romance between the two, saying they are longtime friends.

However, the Daily Mail‘s source says: “Tatum has spent some time at Rosie’s compound over the past month.

“She went back to LA but will fly east again in the next few days.”

Tatum O’Neal has had many high-profile relationships with men. She has three grown children from her eight-year marriage to tennis legend John McEnroe.

In September 2014, Tatum O’Neal told Harper’s Bazaar that she hadn’t dated a man for two and a half years.

“In the physical sense, I’m not attracted to men right now at all,” she wrote, adding that she had experimented with women in the past.

Over the past few months, both Rosie O’Donnell and Tatum O’Neal have used social media to convey the others’ thoughts, often re-tweeting each other’s posts.