Australia’s ex-PM Kevin Rudd had “hoped for a sympathetic call” from then US Secretary of State Hillary Clinton after he was deposed in 2010, an email has revealed.

Kevin Rudd had already been phoned by President Barack Obama.

Part of the email sent by former US ambassador to Australia Jeffrey Bleich is blocked out.

The email was among 4,000 released by the US State department on August 31 from Hillary Clinton’s private email server. 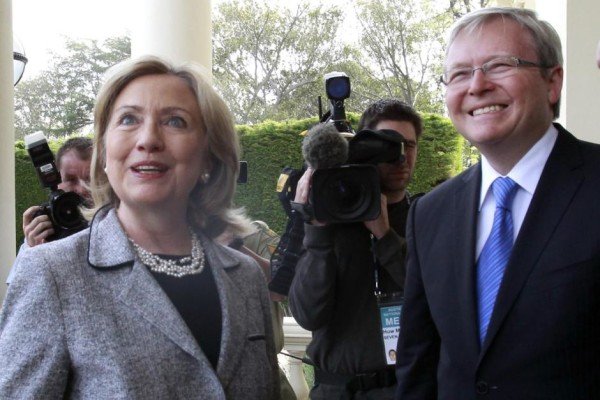 “I spoke at length with former PM Rudd on Monday,” Jeffrey Bleich wrote in June, 2010.

“Although he did not raise the issue, his aide called Edgard afterward and noted that Rudd had not heard from S, (shorthand for Secretary of State) and would have hoped for a sympathetic call.

“I have no strong point of view on this one. He has received such a call from POTUS (The President of the United States) already. (The next sentenced has been suppressed).

“But, I think he and S had a good relationship and he may want to talk to her about his future career goals.”

Hillary Clinton, who is seeking the Democratic nomination for the 2016 presidential election, says no classified information was sent or received on her personal email account, however, 125 emails were deemed confidential by the state department.

The former secretary of state’s opponents have accused her of putting US security at risk by using an unsecured computer system.