Kermit the Frog has denied reports Denise, The Muppets show’s marketing executive, is his new girlfriend.

He tweeted to confirm that he is dating again after he and Miss Piggy split up last month.

However, Kermit said that he and Denise were “just good friends” and that he didn’t have a “new girlfriend”.

Kermit tweeted: “While I prefer to keep my personal life private, this is Hollywood, so who am I kidding? It is true that I am dating again. However, at this time no one woman – pig or otherwise – is my official “new girlfriend”. We are simply close friends.” 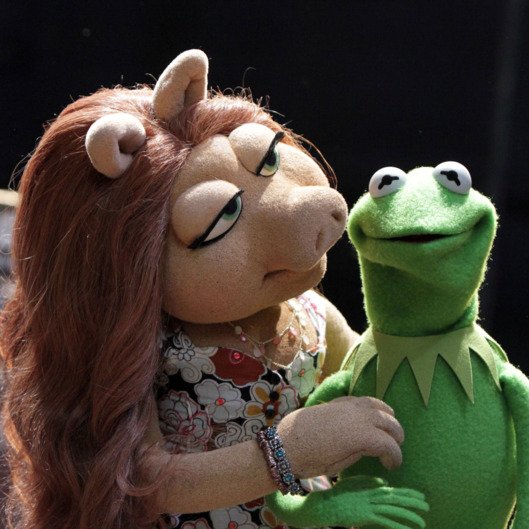 The new series of The Muppets starts this year on ABC with producers saying it will be aimed at an adult audience.

The rebooted docu-series, which looks at the Muppets’ personal lives and relationships, premieres on ABC in the US on September 22.

Denise appeared in the trailer for the new Muppets TV show, which was released in July.

In a statement published online last month, Kermit and Miss Piggy said they would continue to work together on The Muppets.

They released the same statements on their Twitter accounts explaining they had been “squabbling”.

In the Muppets trailer released on YouTube, it appeared that Kermit was seeing Denise.

Miss Piggy is in a relationship with the actor Topher Grace.