Joy Beverley of Beverley Sisters fame has died at the age of 91.

The British singer was the eldest sister in the trio, who were known for songs including Little Drummer Boy.

Joy Beverley died on August 31 after suffering a stroke last week her son, Vince Wright, told the Express and Star.

Joy, born Joycelyn V. Chinery in 1924, and the twins Babs and Teddie, born in 1927, were brought up in Bethnal Green in east London.

Their parents were George and Victoria Beverley – who performed as music-hall duo, Coram and Mills. 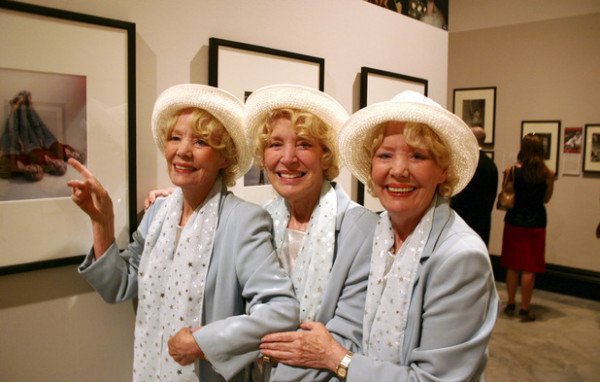 During the Second World War the girls were evacuated to the Midlands. There they secured a contract to become “Bonnie Babies” in an advertising campaign for the bedtime drink Ovaltine.

After the war the siblings were given their own TV show.

They were the first British female group to break into the US top 10 and enjoyed chart success with Christmas records like I Saw Mommy Kissing Santa Claus.

Other favorites included Bye Bye Love and Always and Forever.

They all retired after Joy married Billy Wright, then captain of the England football team, at Poole Register Office in 1958.

The trio reunited in the 1980s, resurrecting old songs such as It’s Illegal, It’s Immoral Or It Makes You Fat for gay clubs and variety shows.

The sisters entered the Guinness Book of Records in 2002, as the world’s longest surviving vocal group without a change in the lineup.

Joy Beverley is survived by her twin sisters, three children, Vince, Vicky and Babette, as well as three granddaughters and one grandson.