Global stock markets have been hit by renewed fears over China’s economic growth, with the main indexes falling sharply.

European markets also fell, with the London’s FTSE 100 closing down 3% and France’s CAC 40 and Germany’s DAX about 2.4% lower. 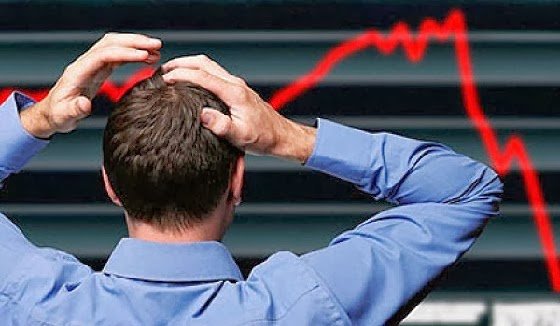 The official manufacturing purchasing managers’ index (PMI) dropped to 49.7 from 50 in July. A figure below 50 indicates contraction.

It follows recent turmoil in the markets sparked by concerns over a slowdown in the world’s second-largest economy.

Energy companies led the way down on the Dow, with Chevron and Exxon Mobil down about 3%. This followed a fall in the oil price, which was down more than 4% at $51.89.

Before Tuesday’s fall, the price of oil had risen by about 25% in the past three trading sessions.

As well as the weak China factory data, investors are unsure about the US Federal Reserve’s next move. Many had penciled in the a rate rise – the first move since the financial crisis – for September. However, given the recent stock turmoil, analysts seem less certain.