Police in Bangkok have found bomb-making materials in a second flat, after the arrest of a suspect in the explosion at the city’s Erawan Shrine.

Two new arrest warrants have also been issued, for a 26-year-old Thai woman and a foreign man.

The August 17 blast, which the government called the worst such attack in Thailand, killed 20 people. 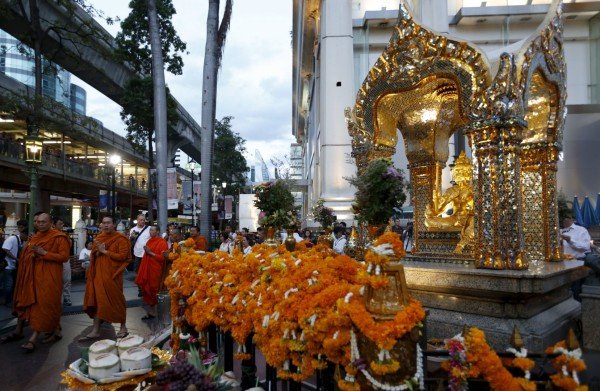 On August 29, bomb materials were found in the home of an unnamed foreigner who was detained, police said.

The search of the second apartment in Bangkok’s Min Buri district at the weekend was prompted by information from the detained suspect, according to the Bangkok Post.

“These are bomb-making materials… nobody would keep urea fertilizer and gunpowder unless they wanted to make a bomb.”

In the suspect’s home on August 29, police said they had found detonators, ball bearings and a metal pipe they believed was intended to hold a bomb.

The detained man is not, however, the suspect seen in CCTV footage at the Erawan Shrine just before the explosion.