Police in Macedonia have fired tear gas at thousands of migrants trying to enter from Greece.

It comes a day after Macedonia declared a state of emergency in two border regions to cope with an influx of migrants, many from the Middle East.

Large numbers spent the night stuck on Macedonia’s southern frontier, and tried to charge police in the morning. 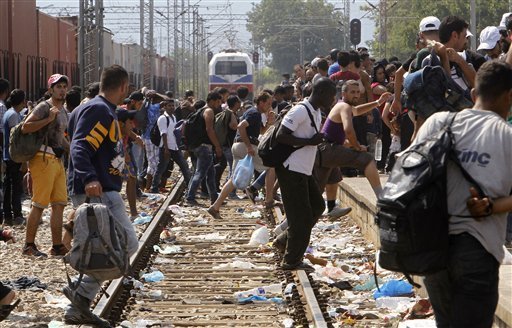 Some 44,000 people have reportedly travelled through Macedonia in the past two months.

At least four people were injured in the clashes at the border with Greece, AP reported.

There were fears that by effectively shutting off its borders, Macedonia would create a backlog of migrants at its frontiers.