In a recent interview, Donald Trump says he wants to end the automatic right to citizenship for all children born in the US.

Under the current law, all children born in the United States – even if their parents are illegal immigrants – get citizenship under the constitution.

Other measures the Republican presidential hopeful outlined would include raising visa fees to pay for a wall along the Mexican border.

Immigration is a central plank of Donald Trump’s campaign to be the Republican contender in next year’s election. 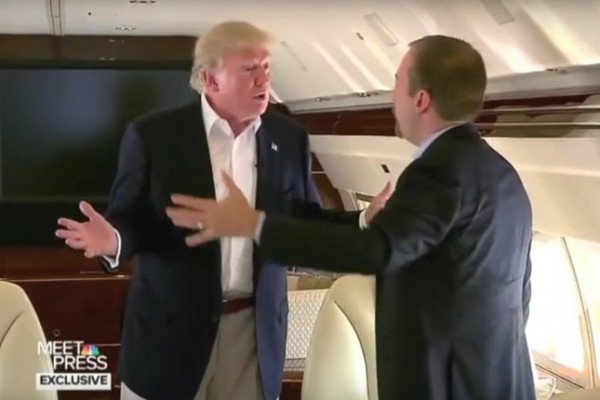 “They have to go,” he told NBC’s Chuck Todd during Meet The Press interview.

A tough deportation policy was needed, Donald Trump said, because “there’s definitely evidence” of crimes linked to immigrants living in the country illegally.

He said he would also deport all undocumented immigrants, and pay for a tripling of the number of immigration officers by eliminating tax credit payments to immigrant families residing illegally in the US.

Donald Trump added families with US-born children could return quickly if deemed worthy by the government.

“We’re going to try and bring them back rapidly, the good ones,” the Republican front-runner candidate said.

He added: “We will expedite it so people can come back in.”

“The good people can come back,” Donald Trump said, without elaborating.