Aurora gunman James Holmes will serve life in jail without the possibility of parole for killing 12 people at a screening of a Batman film in 2012, a Colorado jury has ruled.

James Holmes’ defense team had argued that the former neuroscience graduate student, now 27, was insane at the time.

The jury agreed with prosecutors that James Holmes, though mentally ill, was responsible for his actions. But the jury was not unanimous on the death penalty.

That lack of agreement meant the jury accepted James Holmes would receive an automatic life sentence without parole.

One juror later told NBC News that two members of the jury were “on the fence” about the death penalty but that another was adamantly opposed on the grounds of mental illness.

“We ended our deliberations when one absolutely would not move,” the juror said. 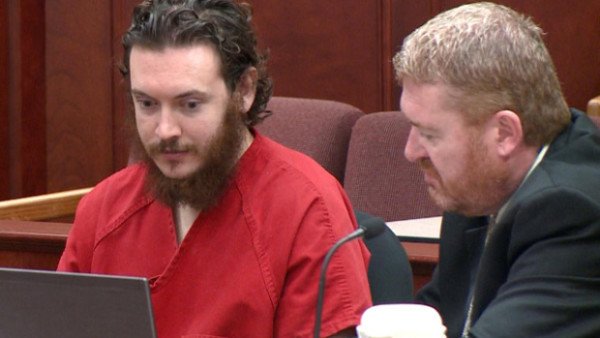 The decision of the jury – a panel of nine women and three men – was revealed by Judge Carlos Samour in a courtroom in the city of Centennial on August 7.

As the verdict was read out, James Holmes’ mother Arlene leaned her head against her husband’s shoulder and began sobbing, the AP news agency reported.

Ashley Moser, whose 6-year-old daughter died in the attack and who was herself paralyzed, shook her head and then slowly leaned it against the wheelchair of another paralyzed victim.

District Attorney George Brauchler said: “I still think death is justice for what that guy did, but the system said otherwise. I honor that, and I’ll respect that outcome.”

During his three-month trial, James Holmes declined to testify in his own defense or to make a statement expressing his remorse.

The sentence is expected to be imposed formally at a later hearing.

In July, James Holmes was convicted on 165 counts of murder, attempted murder and an explosives charge over the shootings in Aurora, Colorado.

Families of victims had appeared to be conflicted over whether he should get the death penalty. Some were worried about the long appeal process that often follows a death sentence.

On July 20, 2012, James Holmes slipped into a midnight screening of Batman movie The Dark Knight Rises armed with an assault rifle, a shotgun and a pistol.

He threw smoke canisters and shot at people trying to escape.

Prosecutors argued the attack was clearly premeditated, with James Holmes planning and amassing weapons for months, as well as booby-trapping his apartment to kill anyone who tried to enter.