Egypt is preparing to inaugurate a major expansion of the Suez Canal, deepening the main waterway and providing ships with a 22 mile channel parallel to it.

Foreign leaders are due to attend an inauguration ceremony on August 6, promoted by Egypt’s government as an occasion for national pride.

The expansion aims to increase the traffic handled by the canal.

The Egyptian government hopes the revenues will boost the economy – but analysts have questioned the projections. 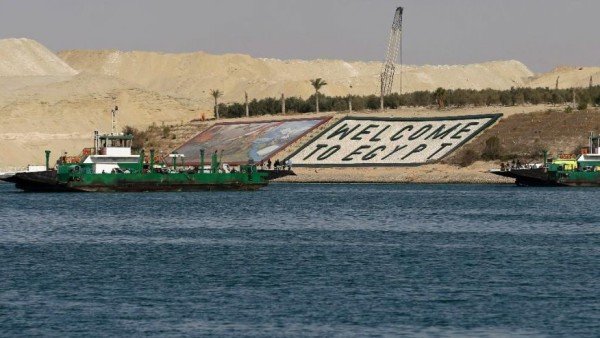 They point out that the volume of world trade has not been growing at the pace needed to deliver the sums Egypt hopes to collect.

Takings from Suez could also be hit by an expansion of the Panama Canal, due to be completed in 2016, which will compete for traffic along the Asia-North America route.

Many Egyptians have questioned whether the money could have been better spent on welfare or other infrastructure work.

The project is estimated to have cost $8.2 billion.

The expansion will allow for two-way traffic along part of the route, as well as for larger vessels overall. The construction of the new lane began in 2014, on the orders of Egypt’s President Abdel Fattah al-Sisi.

Security has been tightened for the inauguration ceremony amid fears of attack by militants allied to Islamic State (ISIS).

The militants, based in the Sinai Peninsula, have killed hundreds of people since the military overthrew the Islamist government of President Mohamed Morsi in 2013.

The waterway connects the Mediterranean to the Red Sea, providing the shortest sea link between Asia and Europe.

Suez Canal’s nationalization led to a brief war in 1956, pitting Egypt against the UK, France and Israel.