Ebola vaccine VSB- EBOV has led to 100% protection and could transform the way the virus is tackled, preliminary results suggest.

There were no proven drugs or vaccines against Ebola virus at the start of the largest outbreak of the disease in history, which began in Guinea in December 2013.

The World Health Organization (WHO) said the findings, being published in the Lancet, could be a “game-changer”.

Experts said the results were “remarkable”.

This trial centered on the VSV-EBOV vaccine, which was started by the Public Health Agency of Canada and then developed by the pharmaceutical company Merck. 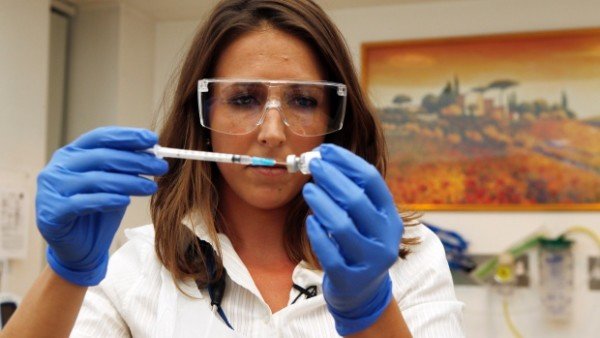 It combined a fragment of the Ebola virus with another safer virus in order to train the immune system to beat Ebola.

A unique clinical trial took place in Guinea. When a patient was discovered, their friends, neighbors and family were vaccinated to create a “protective ring” of immunity.

One hundred patients were identified in the trial between April and July and then close contacts were either vaccinated immediately, or three weeks later.

In the 2,014 close contacts who were vaccinated immediately there were no subsequent cases of Ebola.

In those vaccinated later there were 16 cases, according to the results published in the Lancet medical journal.

The WHO says it is so far 100% effective, although that figure may change as more data is collected.

Close contacts of Ebola patients in Guinea will now be vaccinated immediately. Since the vaccine has been shown to be safe the process will also be extended to include children.

Médecins sans Frontières (MSF) is involved with this research, and is part of a parallel trial for frontline healthcare workers.

“With such high efficacy, all affected countries should immediately start and multiply ring vaccinations to break chains of transmission and vaccinate all frontline workers to protect them.”