Adams Oshiomhole said US officials informed President Muhammadu Buhari of the alleged theft during his visit to Washington last month.

Muhammadu Buhari took office in May, ending the rule of the Peoples Democratic Party (PDP).

The PDP has repeatedly denied allegations of widespread corruption during its 16-year rule. 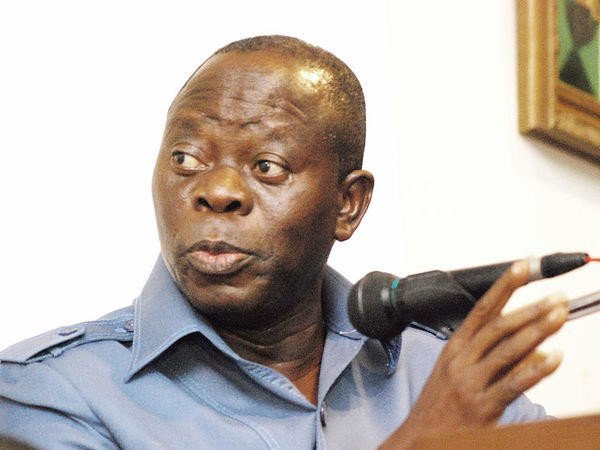 Adams Oshiomhole, who accompanied Muhammadu Buhari to Washington, did not name the minister who allegedly stole the money.

During his visit to the US, Muhammadu Buhari said he had asked America to help recover $150 billion “stolen in the past decade and held in foreign bank accounts”.

US officials described the theft during the PDP’s rule as “earth-quaking”, Adams Oshiomhole told journalists in the Nigerian capital, Abuja.

The PDP said Muhammadu Buhari’s visit to Washington was a failure, in particular for failing to obtain “any sort of tangible gain for the fight against terrorism”.

Muhammadu Buhari, a former military ruler, was invited to Washington shortly after becoming the first opposition candidate to win a national election in March.

Nigeria is Africa’s biggest oil producer, but the majority of its citizens live in poverty. The country’s oil sector has often been hit by allegations of corruption.