Windows 10 is being launched globally on July 29 in Microsoft’s attempt to reverse its fortunes in the mobile industry.

Windows 10 will be offered as a free upgrade to most existing Windows users, as well as those buying new PCs.

Analysts say the company is beginning to move away from relying on Windows as a key money-making product.

Microsoft has until now released a new version of Windows every few years.

Windows 10 will be the last launch of this kind, the company said – from here on it will gradually update the software for free over months and years. For those of you who aren’t so ‘tech savvy’, there are companies such as 1E who can help businesses with the upgrade, and overall process.

The developer version of Hololens, which is placed over a user’s eyes and displays graphics in their surroundings, is on course to be released within a year, Microsoft CEO Satya Nadella said.

Consumer versions of the software would follow at a later date. 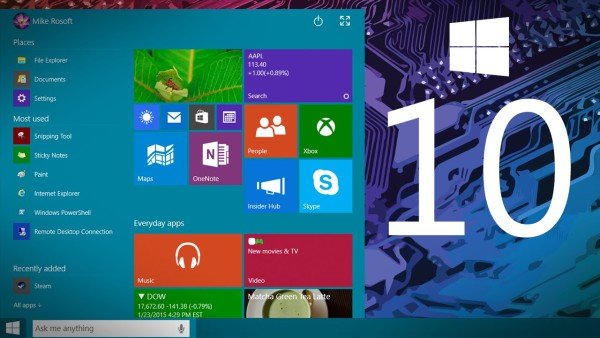 While the company is still to make a small number of mobile devices – a couple of smartphones, and its Surface tablet-laptop hybrid – it has significantly lowered its ambitions in the area.

Earlier this month, Microsoft wrote off last year’s $7.5 billion acquisition of Finnish mobile giant Nokia, while laying off thousands of the employees it gained from the phone company.

The write down resulted in the company’s biggest ever quarterly loss.

The deal was made by Satya Nadella’s predecessor, Steve Ballmer.

The previous version of the operating system – Windows 8 – was so badly received the company leapfrogged making Windows 9 altogether in an attempt to distance itself from its previous outlook.

In the run up to launching Windows 10, Microsoft launched its Insider Program – a scheme which allowed millions of users to test out new features and provide feedback which was monitored and acted upon by the team.

Initial reviews of the software have been positive.