Robert De Niro will direct A Bronx Tale musical in New Jersey in 2016.

A Bronx Tale, an adaptation of the movie with the same name, is set against the backdrop of organized crime and racial tension in 1960s New York.

The world premiere will take place at the Paper Mill Playhouse in New Jersey on February 4.

The musical will be co-directed by Jerry Zaks, the man behind Broadway hits such as Guys and Dolls, with music by multiple Oscar-winner Alan Menken.

A Bronx Tale began life as a one-man stage play, starring Chazz Palminteri as an Italian-American teenager who must choose between his father and a mob-boss father figure. 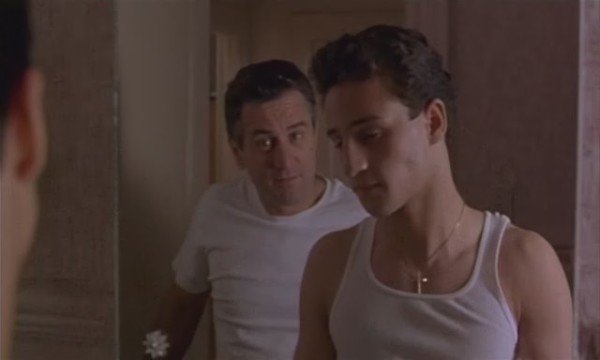 An aspiring actor, Chazz Palminteri had become frustrated with his inability to win a leading role and decided: “If they’re not gonna give me a great part, I’ll write one myself.”

He cast Francis Capra in the lead role, with Chazz Palminteri as the mafia figure.

Plans to turn the show into a musical with the help of Billy Joel never came to fruition, and Chazz Palminteri – who had gone on to appear in The Usual Suspects and Bullets over Broadway – revived his one-man show on Broadway in 2007.

That led to renewed interest in the musical version, with Alan Menken eventually signed up to write the score.

The composer previously wrote songs for Disney movies including The Little Mermaid, Beauty and the Beast, Aladdin, and Pocahontas.

A Christmas Story, based on the 1983 movie of the same name, will run throughout the holiday period at the end of the year.