The African-American woman died in a Texas prison cell nearly two weeks ago after being taken in custody.

According to the autopsy report, Sandra Bland committed suicide by hanging herself. But her family rejected this and ordered a separate post-mortem.

Sandra Bland, 28, was found dead on July 13, three days after she was arrested. 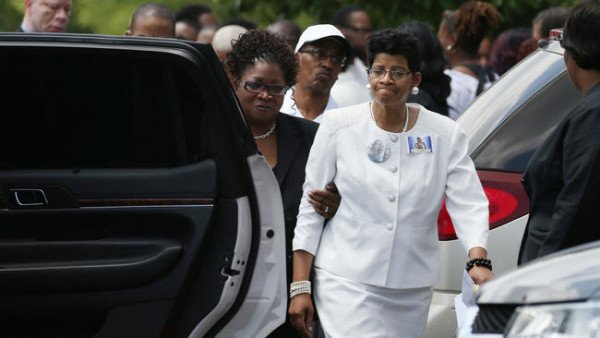 She was taken in custody after a confrontation with the officer who had stopped her for not signaling when changing lanes.

State officials and the FBI are investigating the woman’s death.

Mourners including local politicians queued for more than an hour outside the DuPage African Methodist Episcopal Church in Lisle to file past an open coffin and attend the funeral, Reuters news agency reported.

So many mourners came that an overflow crowd had to watch a live video feed in the basement, it said.

Some of those present had never met her.

Footage of the July 10 arrest, released by the Texas Department of Public Safety, shows Sandra Bland’s car being pulled over for failing to signal, followed by an altercation with the lone officer.

Sandra Bland was taken into custody and charged with assaulting a police officer.