Laibach will be the first foreign band to perform in North Korea, director Morten Traavik has confirmed.

Morten Traavik has arranged for the group to play two concerts in Pyongyang in August in front of 2,000 people.

The concert will include some of Laibach’s hits over their 35-year career and North Korean folk songs.

The controversial Slovenian band has been slated by some critics because of its ambiguous use of political and nationalist imagery.

But admirers say that their tendency to wear military uniforms on stage is a critique of totalitarian ideology. 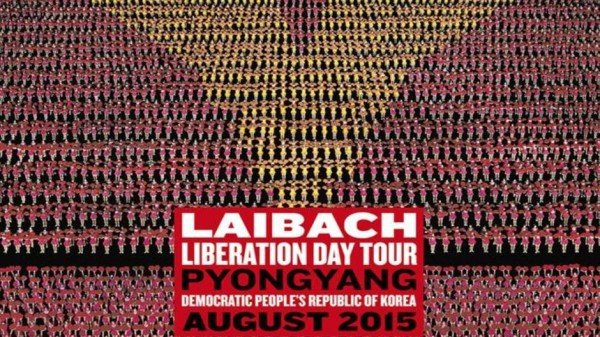 Norwegian director Morten Traavik says that in North Korea they will be uncontroversial – even performing songs from The Sound of Music.

Also on their playlist is one of this year’s most popular hits in North Korea, performed by the all-girl band Moranbong: We Will Go To Mount Paektu.

Mount Paektu is the tallest peak on the Korean peninsula and is the mythological birthplace of the whole Korean nation.

The Laibach performances on August 19 and 20 – which coincide with the 70th anniversary of the Korean peninsula’s liberation from Japanese colonization – would never have been possible without Morten Traavik’s contacts and artistic direction.

He is one of the few Western directors regularly to have arranged artistic and cultural exchanges with North Korea and over the last five years has won the trust of the authorities.

Despite its extremist reputation individual members of Laibach have not been vetted by the North Korean authorities because the director has given his word that they will not cause an upset.

The director argues that much of misunderstanding surrounding the band stems from their tendency in the 1980s and 90s to wear military uniforms on stage.