Called Harry Potter and the Cursed Child, the play will tell the “untold part” of Harry Potter’s story, including the story of the lives of his murdered parents.

However, J.K. Rowling said on Twitter the play was “not a prequel”.

The play will run at the Palace Theatre in the summer of 2016, with tickets on sale this autumn.

J.K. Rowling said she chose to make the announcement on June 26 because it was “a very special day” – the 18th anniversary of when her debut book, Harry Potter and the Philosopher’s Stone, was first published in the UK. 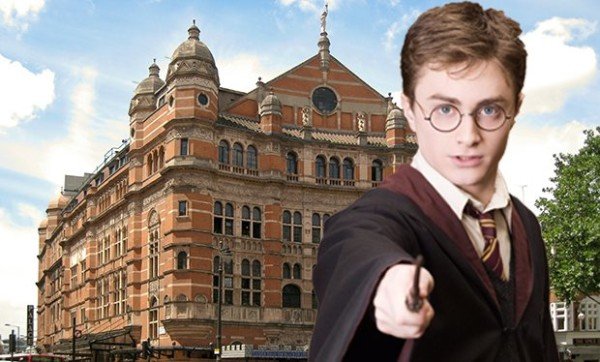 However, the author was tight-lipped about the plot of the play, saying she did not “want to say too much more, because I don’t want to spoil what I know will be a real treat for fans”.

J.K. Rowling added: “To answer one inevitable (and reasonable!) question – why isn’t Cursed Child a new novel? I am confident that when audiences see the play they will agree that it was the only proper medium for the story.”

The play was first announced in December 2013, after J.K. Rowling said she had “received countless approaches” over the years “about turning Harry Potter into a theatrical production”.

Although the new story has not been written by J.K. Rowling, it is a collaboration between herself and writer Jack Thorne – who previously adapted Let The Right One In for the stage and won a BAFTA for his work on Channel 4’s This is England ’88 – and John Tiffany, who will also direct the play.

The play will be produced by Sonia Friedman and Colin Callender, and British singer Imogen Heap will provide the music.

Producers originally said the play would explore “the previously untold story of Harry’s early years as an orphan and outcast”.

“Featuring some of our favorite characters from the Harry Potter books, this new work will offer a unique insight into the heart and mind of the now legendary young wizard,” they said.

She is making her screenwriting debut on Harry Potter spin-off Fantastic Beasts and Where to Find Them, starring Eddie Redmayne, due in cinemas next November.