Nick Gordon has been accused of assaulting his girlfriend Bobbi Kristina Brown and stealing her money, on the same day her family announced she was being moved into hospice care.

Bobbi Kristina Brown, the only child of Whitney Houston, was discovered face down in a bath at her Atlanta home on January31. She has never regained consciousness.

Nick Gordon has now been accused of causing her “substantial bodily harm” in a $10 million civil case.

Bedelia Hargrove told People magazine in a statement: “I filed this lawsuit to pursue justice on behalf of Bobbi Kristina Brown. No human being, male or female, should endure what Bobbi Kristina endured.”

The legal case accuses Nick Gordon of assault, battery, infliction of emotional distress and maintaining “the fraud that he had married Brown” after she inherited a substantial amount of money.

It claims that Bobbi Kristina Brown, 22, confided to an unnamed person that Nick Gordon “was not the man she thought he was” and made plans to meet them on January 31 to talk about it.

Court papers claim Whitney Houston’s daughter never made it to the meeting and “became embroiled in a loud argument” with Nick Gordon, which ended with her “face down in a bathtub, with her mouth swollen and another tooth knocked out”.

“Even after Brown’s hospitalization, and while she was in a coma, [Nick Gordon] accessed Brown’s bank account and stole in excess of $11,000,” the documents say.

Nick Gordon has yet to comment on the accusations. On June 24, he posted a message about Bobbi Kristina Brown on his Twitter, which read: “We keep praying, she has fought hard this long don’t give up hope.”

He was partly brought up by Whitney Houston, and the couple’s relationship became public after the singer died in 2012.

Police were called to Bobbi Kristina Brown’s home in suburban Atlanta on January 31, in response to a “drowning”. 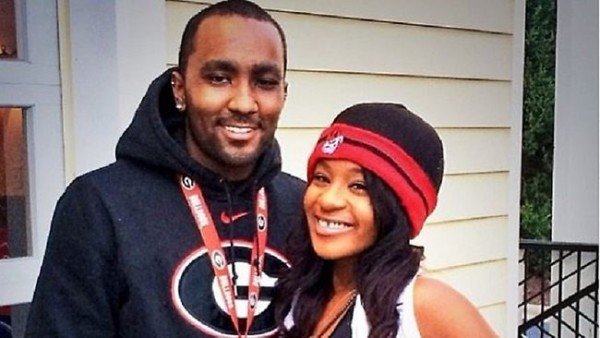 Despite months of treatment in two Atlanta hospitals and a rehab facility, including being placed in an induced coma, she has never regained consciousness.

A police investigation has been launched, but no findings or charges have been announced.

“We thank everyone for their support and prayers. She is in God’s hands now.”

The case holds similarities to Whitney Houston’s death in a hotel bath in February 2012.

According to autopsy results, Whitney Houston died of accidental drowning due to the effects of cocaine use and heart disease.

Whitney Houston left everything in her will to Bobbi Kristina.

Bobbi Kristina Brown is also the daughter of singer Bobby Brown. Her parents divorced when she was 14.