Donald Trump’s team has hit back at Neil Young after the musician criticized The Apprentice star for using one of his songs at his presidential candidacy announcement on June 16.

The veteran rocker hit headlines when he released a statement distancing himself from Donald Trump after the business mogul played his anthem Rockin’ In the Free World when he made his entrance to a press conference in New York City where he announced plans to run for the White House in 2016. 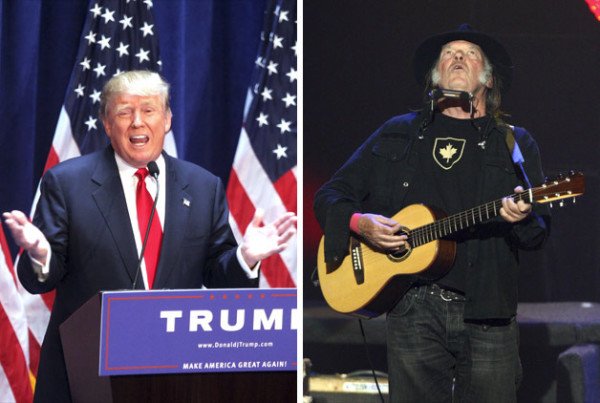 In a statement, Neil Young’s manager Elliot Roberts said: “Donald Trump was not authorized to use Rockin’ In The Free World in his presidential candidacy announcement. Neil Young, a Canadian citizen, is a supporter of Bernie Sanders for President of the United States Of America.”

Donald Trump’s team has now declared they were authorized to use Neil Young’s song, telling TMZ.com they “paid for and obtained the legal right” to play it.